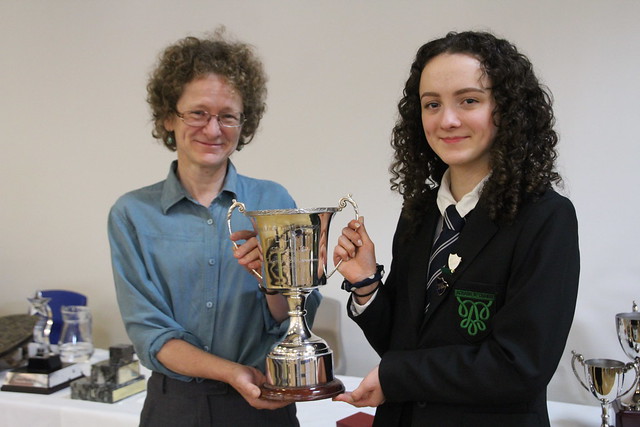 We joined as a school community to celebrate our pupils’ successes and achievements from the last year. There are lots of photos from the event on Flickr – thanks to Charlotte Brady (S2) for these.

Kerry – the Girls House Captain for this year is Eilidh MacDonald and the Boys House Captain is Evan McPhail. They will be assisted by Leonie Baptist and Connor Forbes.

Maree – the Girls House Captain for this year is Hannah Wood and the Boys House Captain is Gregor Vickerstaff. They will be assisted by Jasmine Connop and Max Conway.

Tollaidh – the Girls House Captain for this year is Carys Townsend and the Boys House Captain is Chris Adam. They will be assisted by Jade Moore and Jack Wright.

Each year we present Certificates of Personal Achievement to pupils in S1 to S4. We award certificates to those pupils who have consistently shown great care and effort in their work. The Certificate rewards effort over the whole year irrespective of ability.

The following were awarded:

Connor Forbes, Abe Locke, Grant MacLennan, Sorley Street and Cameron Tallach, who took part in the Outdoor Education course this year, have all achieved their Red, White and Blue Awards of the Velotech Bicycle Maintenance Course & have completed the National Indoor Climbing Award Scheme at either Level 1 or 2.

Neil Wilkie Memorial Trophy for Service to the School – Max Conway for service in the support for learning department.

Lauder Memorial Prize – Lucas Jackson for his services to the school in the role of Head Boy.

Elizabeth Matthew Memorial Prize – Christie Wilson for his services to the school in the role of Head Girl.

Dux of the School – Jack Wright