S5/S6 Higher Human Biology pupils were using yeast embedded in Alginate beads to test whether metal’s could inhibit an enzyme called Catalase which is found in all living cells. 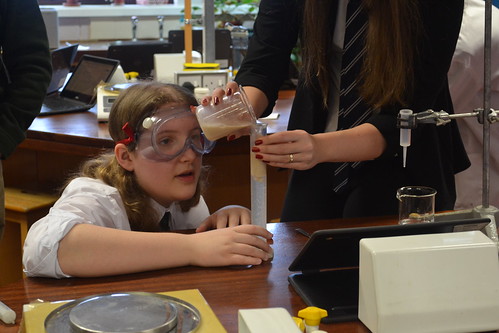 The Catalase containing beads were soaked in the metals for 10 minutes and then placed in Hydrogen peroxide solution and the time taken for the beads to rise up the top of the tube measured. 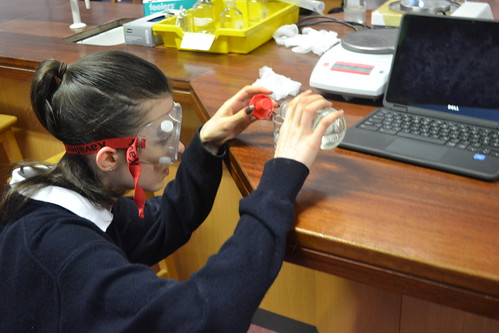 Slower times mean more inhibition of Catalase.
Hydrogen peroxide is broken down to water and oxygen by Catalase and the oxygen makes bubbles in the beads which makes them float. 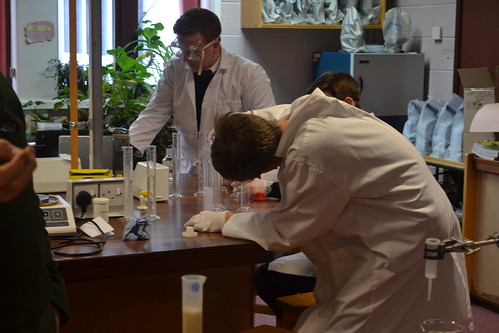