Our S4-6 Boys’ and our S2/3 Boys’ teams travelled to Drumnadrochit on Thursday 22nd March for the finals, having qualified earlier in the session. 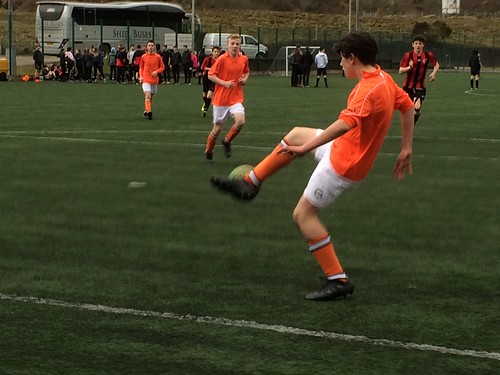 The senior team lost 2-1 in their semi-final (Hector MacLennan was the scorer) and 1-0 in the third place play-off. Both games were close and the boys should be proud of their play. 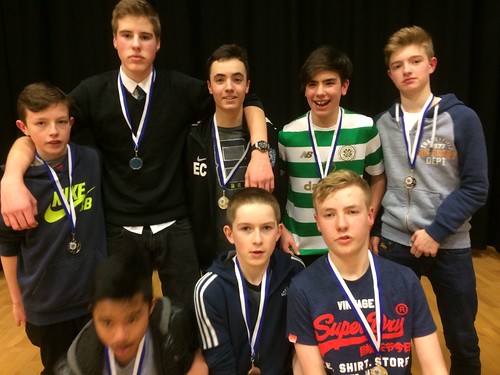 The younger team won their semi-final 2-1 (with two goals from Corey MacLennan) and narrowly lost the final 1-0 to Dornoch. They are pictured with their runner-up medals. 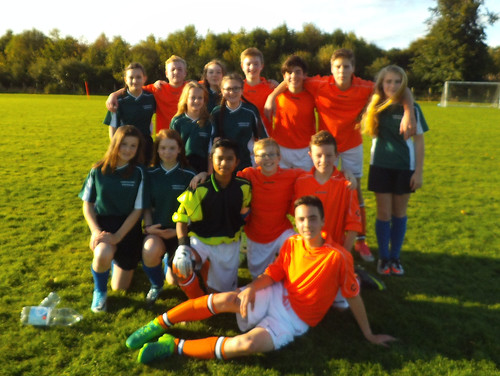 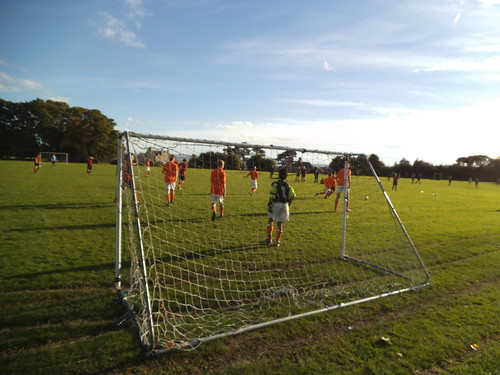 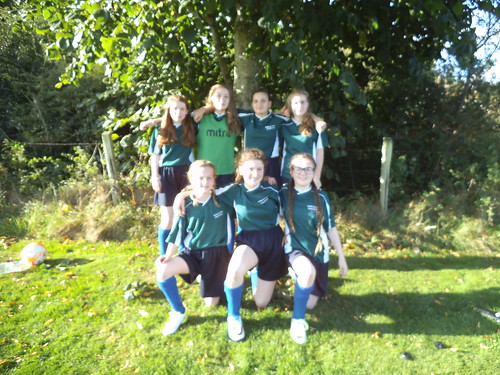 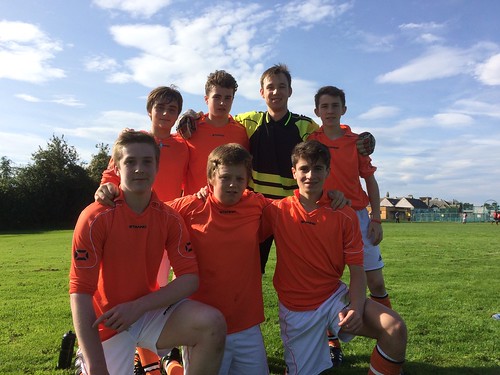 We were blessed with sunshine as we ventured from the West Coast to the North East. As we sat in the minibus on the A835, hope was not in abundance. In fact, we were preparing ourselves to be slightly disappointed…

However, we strode onto Dornoch Academy’s playing field in our Orange and White strips just as the Netherlands appeared through the tunnel at the 1974 World Cup Final. We were united and prepared.

The first match was against Ullapool. We won by 4 goals to 1. The goals were beautifully constructed by Gairloch’s dream team.

The second match was against Farr. After their coach told us to take it easy in order to preserve their morale, we won by 4 goals to nil. This was a slightly messy game but we managed to hold it together. All was well so far.

Then came perhaps the most triumphant win of the day. It left us filled with satisfaction and brimming with joy. Gairloch Vs. Dornoch. We had expected to lose this particular match, however, we managed to hold it together and keep the pressure on. We won by 2 goals to nil, with Max Conway working hard to keep a clean sheet.

We were through to the finals!

Due to the fact that we had worked hard and tired ourselves out enough by this point, we decided to hold back and have a relaxed game against Golspie, losing by 3 goals to nil.

Despite our own expectations, and those of many others, we managed to conquer Dornoch’s pitch like never before, exceeding all expectations.

Gairloch had qualified for the final stages of this competition earlier in the session – having won the Northern section. The finals took place in Glenurquhart High School on Thursday 9th March. In the semi-final, Gairloch lost 2-0 to a strong Glenurquhart team. The third place play-off was lost 3-0. Despite the scores, Gairloch pupils should be reasonably pleased with their performances. In both games they conceded an early goal and then dominated much of the play before losing further goals as they pushed for an equaliser. 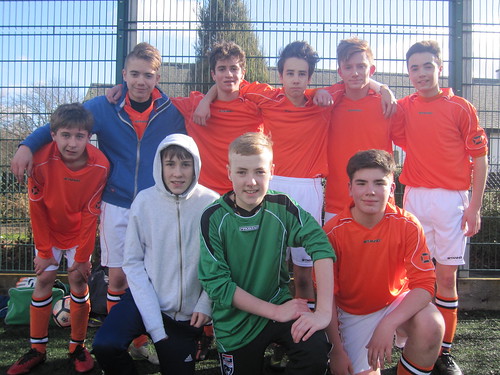