The Senior Basketball Team were named winners of the Group Award at the Lord-Lieutenant Youth Awards in a ceremony held at Strathpeffer Pavillion on 20th March.

The award was presented by Roy MacGregor (Ross County) and Mrs Janet Bowen, Lord-Lieutenant of Ross and Cromarty, Skye and Lochalsh

Nominated by their coach Mr Milner, the boys dedicated to training (including doing much of the coaching themselves) was highlighted. This resulted in them winning the Highland Senior Boys Basketball League in 2016, despite facing much larger schools through most of the competition. Some of the senior members have now left school but they are recruiting other seniors to step up and take their places. 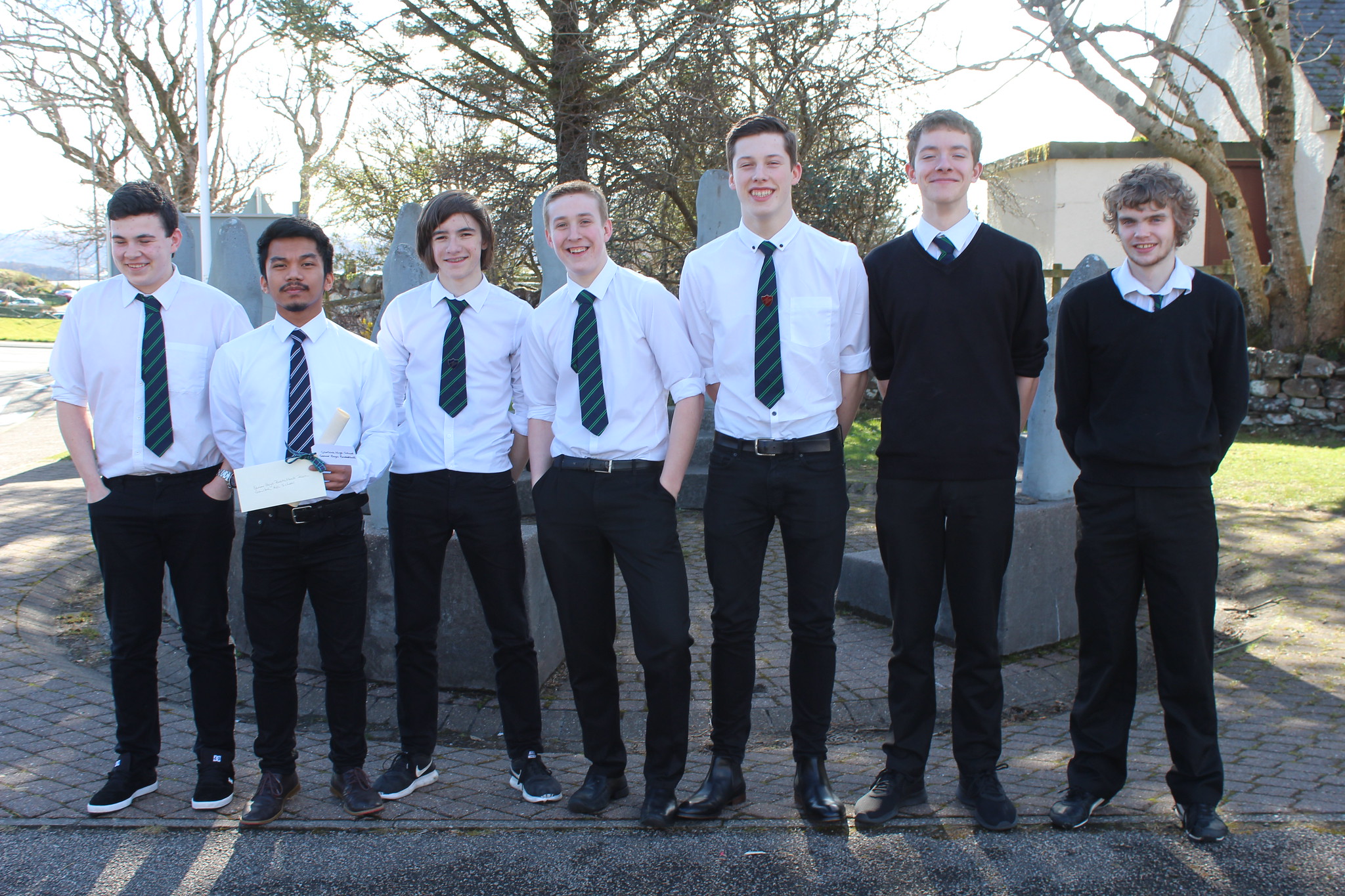