A number of pupils from S1-4 have been training for the Scottish Schools Badminton Qualifiers and they recently traveled to Inverness with Mrs Hildrey to take part in the first round of the contest. 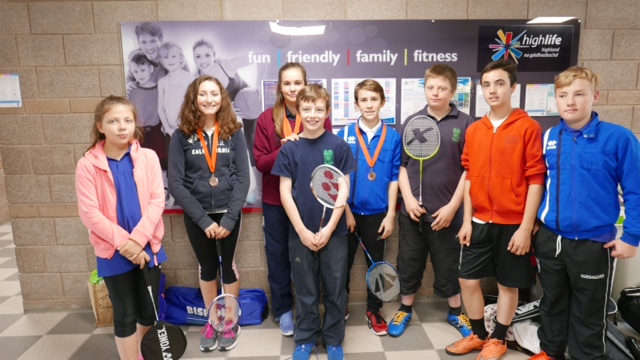 Anna, Emma, Nadia, Sam, Joel, Matthew, Eoin and Josh at the qualifiers in Inverness. Click on the photo to see more from the competition.

For most of them it was their first badminton competition and they were up against some very good players including Scotlands no2 seeded player for U15. They were all very committed and played their best.

Nadia and Emma moved up a category this year so were in the U16’s even though they’re only 14 and are already making good steps which puts them in a good position for next year. Eoin got to the semi’s and nearly everyone else got to a quarter final in either the main competition and/or a mixture of quarter’s , semi’s and winners in the consolation prize rounds. 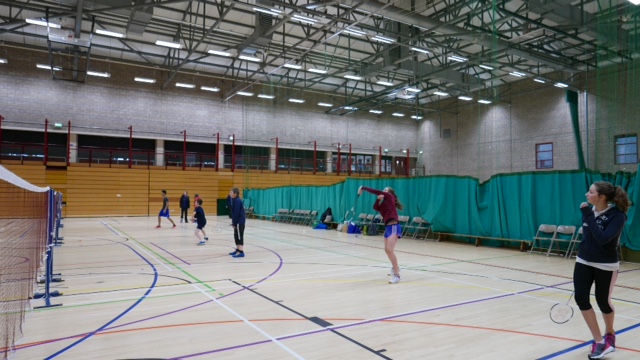 Playing in the Inverness competition.

Eoin and Nadia also played in the U15 Highland Badminton competition. This included players from Moray, Wick, and Orkney as well as Inverness and Wester Ross (our two!). Participation in this competition counts towards Badminton Scotland seedings. Eoin played very well, first time in a competition at this level. He had several games, one against the Scotland no 2 seed (again) and some very close matches. He really enjoyed the day and will have another year in this age group. This was Nadia’s last year in her category. She came third in the singles, won the doubles with her partner Emma Donald from Forres Academy, and came fourth in the mixed doubles with partner Euan Forsyth from Culloden HIgh School. There’s more information and photographs of this event here.