UK Intermediate Maths Challenge – In February many of the S3 and S4 pupils took part in a national maths test, which involved answering 25 multiple-choice questions.

Well done to all who took part in the challenge and thanks to Mrs Whall for organising their participation in this national competition.

S1 GRAND BRING AND BUY SALE
Saturday 12th March – 10am in the Community Hall
Stalls, Competitions and the BIG Raffle!

Football – S1 pupils travelled on Friday 19th February to the Small Schools’ Football League play-offs at Glenurquhart High School. Matthew Higgins-Macleod reports, “We had two matches. Our first match was against Ardnamurchan High School and we were winning 3-2 but they scored with a few minutes left. We had extra time but lost on penalties. Our second match was against Ullapool and we won 5-1. We came third overall and we all enjoyed playing.” 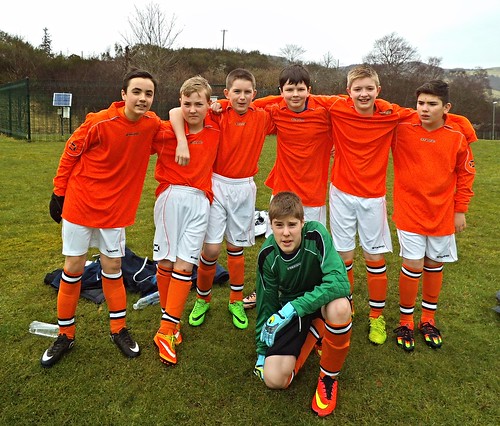 Thanks to Mr Gorman for supervising, Mr Bowker for driving the bus and to Sydney Tippett for refereeing some of the games.

Indoor Rowing News – “At the beginning of the year Scottish Rowing challenged clubs and schools to row 9491km on indoor rowing machines. This is the distance from Glasgow to Rio where the summer Olympic Games are being held this year. The challenge is to complete the distance by 6th August when the Games start. Many pupils in the High School have contributed kilometres so far and we have rowed 460km between us. We will struggle to reach the 9491km target, but the people who have taken part so far have done really well, usually managing to row 5km at a time, which is a long way on a rowing machine! We’ve also had some help from 6 Gairloch Primary pupils who I am coaching for my Silver DofE volunteering section. Every kilometre counts and gets us closer to our target so please keep rowing.” Sara Johnston

We entered the Scottish Schools Indoor Rowing League again this term. In Round 1, 28 GHS pupils participated. Despite this being well down on last term’s numbers, other schools also had reduced participation and we were top of the league, 14 points ahead of Culloden Academy in 2nd place. In Round 2, 39 GHS pupils entered the competition. Again we had the highest number of participants of the 6 schools in the league and with 19 Gairloch pupils in the top 5 for their year group, this gave us a round 2 total of 106 points, increasing our lead over Culloden. Everyone who takes part earns a point for the school and the following pupils have scored extra points for their top 5 placings this term: S1- Eòin, Matthew, Lucy, Abigail, Jahia, Charlotte, Mia. S2 – Melissa. S3 – Amber, Scarlet, Morven, Arlene, Emily, Matthew and Sean D. S4 – Sara, Carys, Iain, Sean Q. S5 – Eilidh. S6 – Sydney. Congratulations to them all. The final round takes place during the first week in March. 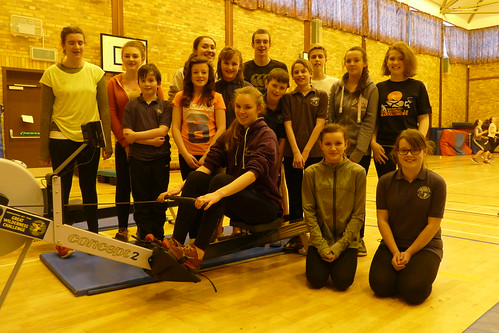 Turas FilmG a Ghlaschu / FilmG Trip to Glasgow – On the 19th of February, Iain Nelson, Sorley Street and Max Conway travelled to Glasgow to be present at the FilmG Awards Ceremony 2016.  Our short film ‘The Chance’ was shortlisted for two categories out of the 54 schools who took part in the competition.  You can read about the trip, in Gaelic or English, by clicking here.

Cross Country Event – The Gairloch High School Cross Country Event on Tuesday 23rd of February was organised and run by the S5/6 Activity Tourism class. As part of the course we have organise and assist with an event. The jobs that we were involved with course planning, risk assessment, setting up the course, marshalling, photography, collecting the times when people came over the finish line, collecting in the arrows and the red and white tape after the event and evaluation. 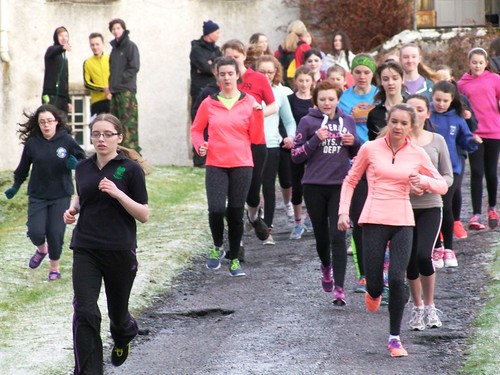 The cross country was a success as no one was injured or got lost during the race. There were 53 pupils taking part. The races were split into four categories – Junior Girls, Senior Girls, Junior Boys and Senior Boys, although all the girls started at the same time and all the boys started at the same time. In the Junior Girls’ race, the top three were Amy Tattersall in a time of 22:37, Emma MacDonald 2nd and Isabella Wiseman 3rd. In the senior girls’ race, the top three were Laura Russell in 24:50, Sara Johnston 2nd and Carys Townsend 3rd. Eòin Cumming was first in the junior boys’ race in 18:30; Joel Goldby and Callum MacDonald were 2nd and 3rd. Sydney Tippett won the senior boys’ race with a time of 17:52; Alasdair MacDonald and Mark McLean were 2nd and 3rd respectively. Everyone did very well despite the slippery conditions. The runners had to run through a heavy hail shower and the ground was quite wet and muddy in places making it a lot more challenging. (Eilidh Johnston S5)

Global Citizenship – In World Class we have found a website called Kiva. It allows anyone to invest in people in developing countries around the world to grow their business. When they earn their money back they are able to repay it through the website. We have decided to organise a coffee morning quiz in April to help the group of people we have chosen. There will be more information about the event in the next issue of the Gairloch Times! (2B girls)

Beach Clean 2016 – The S1 SMART class will hold their annual beach clean on Tuesday 15th March from 9-11am. If you are free, and would like to help, please join us, as there is a lot of rubbish between the Myrtle Bank and Strath. Gloves and bags will be provided. Please come along and show an example to our young citizens!