The staff of Gairloch High School wish all our pupils, parents and other members of the community a good New Year and a successful 2016.

Christmas Dance – Thanks go to everyone who helped make this great occasion possible – the list is long but the pupils appreciate it. Prior to the dance Mrs Hildrey and other staff help teach and reinforce dance moves allowing S1 to S6 pupils to participate comfortably with reels, waltzes and jigs. This year the dance began with an extended performance by the Pipe Band. Our musicians for the evening were delayed by the heavy rainfall but threw themselves into the music making quickly after setting up. Two of the musicians, Katie MacDonald and Christian Gamauf, were involved last year with Charlie Grey and Megan MacDonald joining them on this occasion. We are also very grateful for the continued support of the Westerbus for assisting with transport to and from the dance, along with additional minibus driving, once again by Mr Bowker. 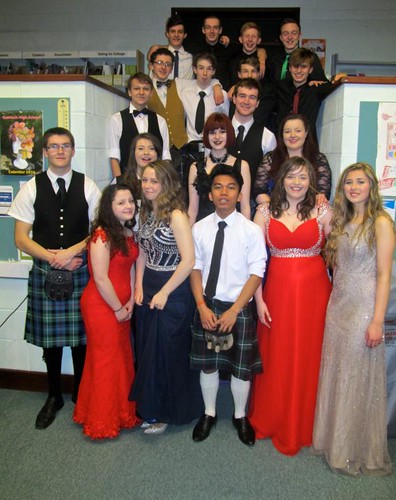 Thanks must go to Mrs Anne Fraser for organising her team of staff volunteers to produce all the food for the interval buffet. Mrs Janet MacLennan made all the table decorations for this and her skills were much appreciated by all. Finally it is worth mentioning that it is the pupils’ participation and enthusiasm that make this such an event and worthy of the effort put in by so many.

Photographs of this event can be viewed on the school website by clicking on the image above.

Krypton Factor, Indoor Rowing & School Quiz – We like to end the term with a variety of activities that are important educationally yet encourage a sense of community and challenge. Thanks to Mr. Hulme and Dr Caley the school quiz provided a challenge that all pupils can take part in. Pupils are mixed into teams and compete for House points. This year Maree won the quiz overall although the top team was from Kerry. All involved, including those on the two staff teams had a lot of fun trying to answer a diverse set of questions.

The pupils also took part in an Inter-House indoor rowing competition organised by Mrs Johnston and her Activity Tourism pupils. Maree also won this competition. In an exciting final race the senior Kerry boys prevented Maree from a clean sweep of the races this year. 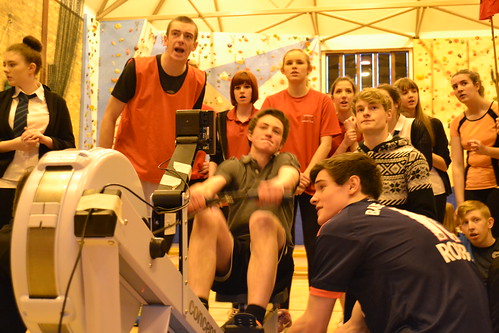 On the last day of school before the Christmas Holidays all the pupils took part in a Krypton Factor. Five activities organized to test physical and mental skills. Points are awarded to House teams and tallied. Maree won this year as well! Thanks to Mrs Macrae and her staff team for organising and supporting this fun event.

Maths Competition UK & Highland – Before Christmas each of S1A, S1B, S2A and S2B classes were entered into an online mathematics competition for the Highlands. Read about their considerable success by clicking on the image below.

Basketball Success – We are glad to hear that Jordan Gorman, after a stiff selection process, has been invited to join the Under 18 Scottish Basketball Squad. Well-done Jordan! 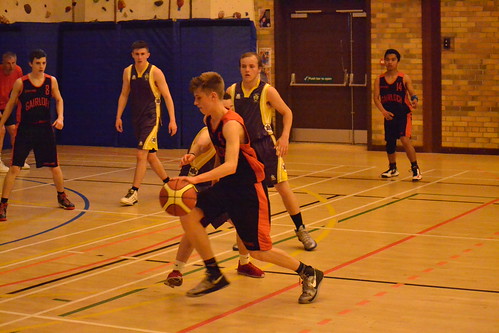 Here is Jordan playing a school match in 2014