Retirement – Mrs Rhona Rollo started working in the school in August 1983 and has, after 32 years, finally decided it is the right time to move on from her current post of Admin Assistant to the Headteacher. It is difficult for us to imagine the life of the school without Rhona. She has been a valuable and crucial part of the team. The staff and pupils wish Rhona all the very best and hope that released from the restrictions of work that she will enjoy a long and healthy ‘retirement’.

National Mod – We are aware of five pupils who are expected to have been taking part in the National Mod in Oban. Prior to the main gathering four of our pupils have picked up top awards in Literature Competitions. Three first prizes and a second prize for work presented in advance.

Well done to the four successful pupils. We will report on any further success in next issue but it is gratifying, as always, to see local talent recognised at a national level.

Senior Football – Gairloch senior boys went to Dornoch for the second leg of the Small Schools League football competition. Gairloch played very well and were a strong team throughout the competition. Gairloch just couldn’t finish the shots on goal though. Max Conway had a solid game in goals and conceded no goals. The other teams that were in the competition were Kinlochbervie, Dornoch, Ullapool A team, Ullapool B team and Farr. Gairloch drew 0-0 against Kinlochbervie, Dornoch and Ullapool A team. Gairloch won 4-0 against Farr and the goal scorers in that game were Kenneth MacKenzie, 2 goals, Mark Warren, 1 goal and David Macgregor, 1 goal. Gairloch won 3-0 against Ullapool B team and the goal scorers in that game were Calum Nelson, 1 goal, David Macgregor,1 goal and Lewis Campbell, 1 goal. Gairloch were unlucky in the first half of the competition in Ullapool but defiantly fought back in the second half of the competition. One thing that helped Gairloch throughout their games was that we had substitute players so everyone got a game and a rest. Gairloch don’t argue either unlike some of the teams, which helps! Overall Gairloch did extremely well we should be proud for how we played in Dornoch. Lewis Campbell S5 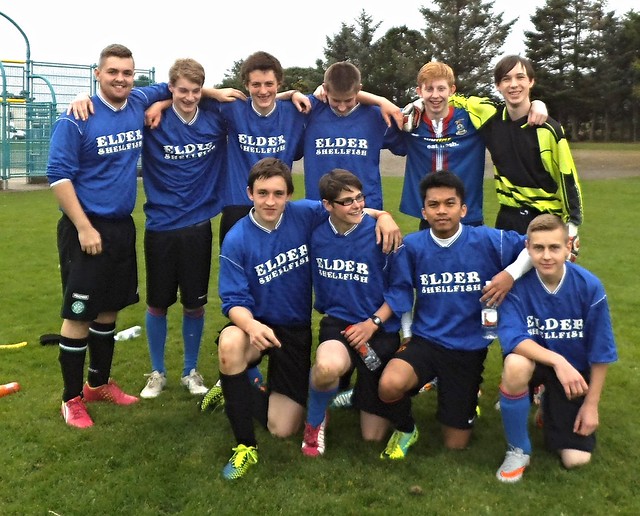 The Senior Boys will not progress however the S1 boys are through to the next round.  Two other teams including the girls have still to play their second round of games. Sports Ambassadors – Last issue we reported that Eilidh MacDonald & Iain Nelson have been selected for the sportscotland Young Ambassador programme for the Gairloch Area and will join existing ambassador Sara Johnston. Since then they have attended a conference, got the T-shirts and met some inspiring Commonwealth Champions.  Click on the photo to see more photos. 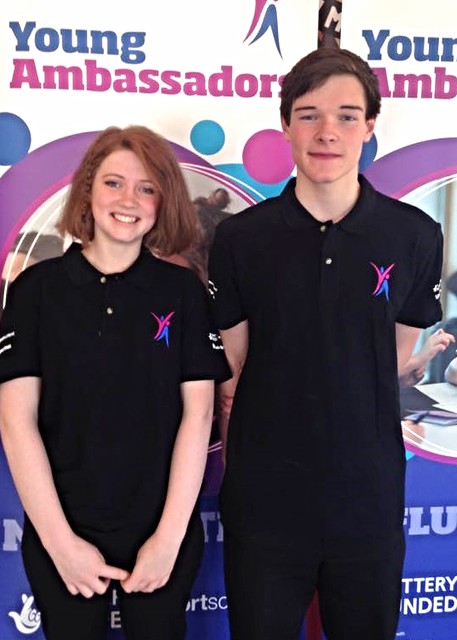 S4 Work Experience – In the week beginning 5th October most of our S4 pupils were out on Work Experience. Some of the pupils work locally with builders, shops, primary and nursery schools and estates. We are very grateful for the support of every employer who works with us give pupils this valuable opportunity. In school we thank Mrs Flora MacKenzie and Mr Milner. Without their hard work this week would not happen as many pupils underestimate the effort required to organise a placement.

Jeans for Genes – A charity that aims to improve the lives of children with genetic disorders, care for their families and invest in research. Pupils (and staff) had the opportunity to wear their jeans and trainers to school in return for a contribution towards this worthwhile cause. A total of £230 was raised this year.

BBC Ten Pieces – S3 Music pupils, with Miss Hunter, travelled to Inverness on the 7th of October to see the BBC film “Ten Pieces”.  This is an initiative, by the BBC, to introduce pupils to classical music.  The several showings of the film were well attended by schools (Primary & Secondary) throughout Highland Region. They had the chance to watch first class performances of music ranging from Haydn to 21st Century DJ Music.  This event will be followed up in Gairloch by classroom activities.  The film was greatly enjoyed by all, and everyone had their own favourite.  Nicola Benedetti’s performance of Vaughan Williams “The Lark Ascending” was particularly memorable.

John Muir Discovery Award – as a result of participation in an Outdoor Learning Residential in the Cairngorm National Park last year, former pupil Connor Moore has been awarded a John Muir Award.  Connor spent five days in the Cairngorms last year and gave a presentation, on his return, to the S1 pupils talking about what he had learned.

Blythswood Shoebox Appeal – Please support the pupils and help them fill shoe boxes for Blythswood. Pupils have been issued with leaflets and shoe boxes should be brought to school in the week we return to school.