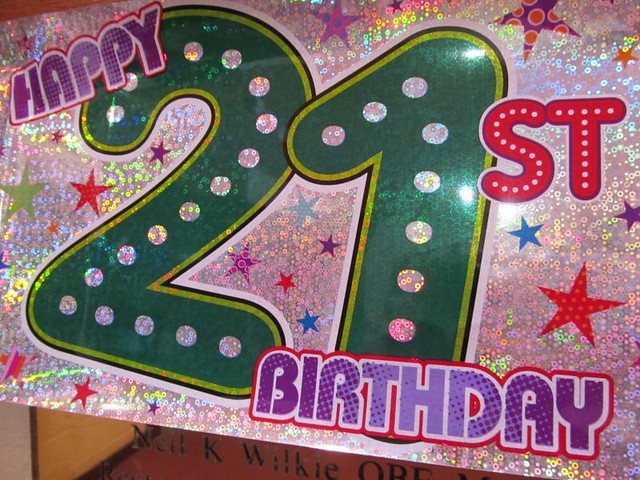 21st Anniversary of Gairloch High ‘New Building’ – On Wednesday 30th September pupils and staff celebrated a special day. Assembly and cake for all to recognise twenty-one years since the official opening of the current building. There were also a few balloons! It is our intention to organise a special open-day later in the term and invite everyone in to see what the school currently offers. A lot has happened in 21 years! 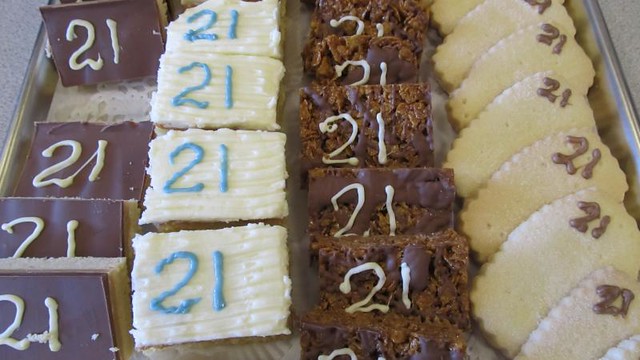 Kayaking – Rural Skills and Activity Tourism pupils in S5/6 enjoyed a day kayaking with Conor Brown on Wednesday the 16th of September. The day started with us meeting Conor at Shieldaig Lodge car park in the morning, we then helped with unloading the kayaks and canoes and had a briefing on how to use the kayaks and canoes safely.

We spilt into two groups and decided which group would be in the canoes and the other group went in the kayaks. Once we got onto the water Mrs Johnston took the kayakers off to do some skills and Conor did some different strokes and skills with the canoeists. Then we all met up again and played a game which tested all the skills. The first person to capsize that day was Joe soon followed by Kenneth. During the game Joe capsized twice. After the game we went on a short journey to Horrisdale Island, where we had lunch.

After lunch we swapped the boats, then set off back to Shieldaig Bay. Not long after leaving Joe and Kenneth managed to capsize one of the canoes, this was the first of many capsizes for the two of them. Once we got back Shieldaig Bay we all rafted up. We were then set the challenge of standing up in our boats and jumping. No one fell in doing this although it would have been easier for the people in the canoes as they are bigger and more stable than kayaks. For the next game we had to swap boats with someone. A lot of people fell in and the boats filled with a lot of water! We bailed out and headed back to shore. The final capsizes of the day occurred when Joe and Kenneth capsized again. Then Syd and Lewis C also went in – but for their first time through out the entire day. 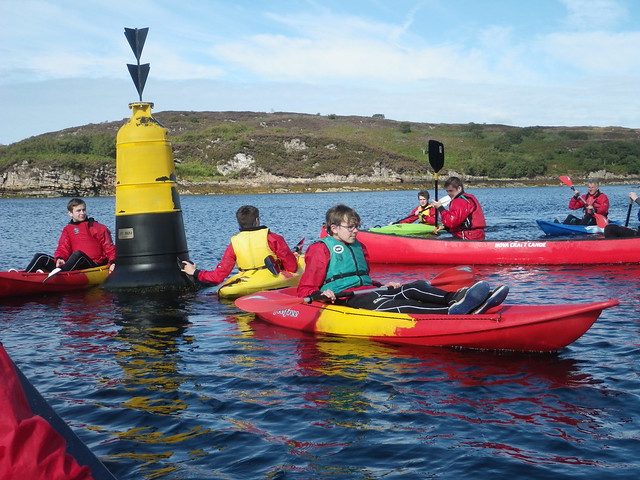 These activities support a range of outcomes for the development of our pupils. Health and wellbeing is encouraged, team work developed and the group benefited from specialist expertise and training. The pupils engage in decision making that relies on building experience and considering health and safety and the assessment of risk.

Trip to Inverness College – On Tuesday 22nd September pupils in the Activity Tourism and Rural Skills classes were accompanied by Mr Milner and Mrs Johnston on a trip to the new campus at Inverness College. They were met by Roz Thomas and Steven Rattray from Create – the Highlands and Islands Centre for Enterprise and Innovation. “We were given a tour of the new college building which we all agreed is a very impressive place. We met a few former pupils there who are all enjoying their courses and college life.” Our pupils have been busy over the last few weeks developing Activity Tourism – related business ideas as part of their course. Create run an annual Business Ideas Competition and the aim of this trip was for pupils to learn more about the competition and to prepare their entries for it. Should their ideas be shortlisted in the competition, the pupils will have to face a panel of judges in a Dragon’s Den style final presentation. To help them prepare for this, they took part in a workshop called ‘Presenting for Success’. Individually the pupils prepared and delivered a short presentation about 4 or 5 highlights from the last five years of their lives. They then worked in groups to establish what made a ‘Magic’ presentation and what made ‘Tragic’ one! The workshop gave them all useful pointers for future situations where they may have to present to an audience.

Travelling Gallery – Gairloch High School were very lucky to have the Travelling Gallery visit again on Wednesday 16th September. An Exhibition called ‘Eyes on the Prize’ showing work from a selection of Scottish artists who have been past Turner Prize winners and nominees was seen by S1-S6 pupils, as well as primary school pupils. This Exhibition celebrates the first ever Turner Prize being hosted in Scotland at Tramway in Glasgow from the beginning of October – mid January. The Travelling Gallery Staff were extremely helpful in explaining the work to the pupils. The Curator, Alison Chisholm is a former Gairloch High School pupil. This was an exciting opportunity for our pupils to view contemporary art and we hope to have the bus visit us again next year. 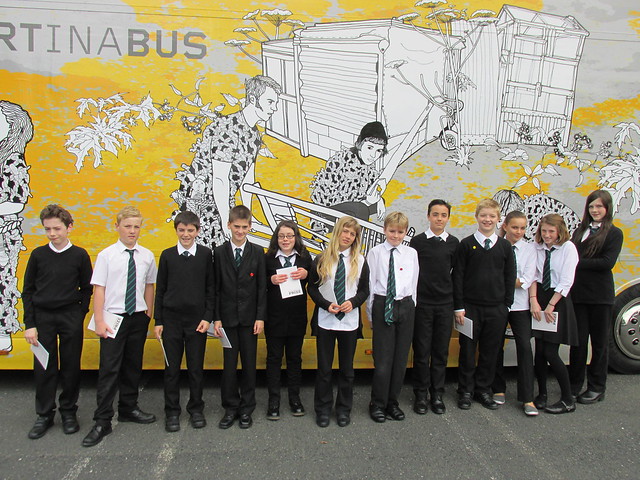 Click on the photo above to see more  photos

Scottish Schools’ Indoor Rowing League – Results for Round 1 of the Autumn League were announced last week. Gairloch High pupils are once again performing very well in this national competition. Every pupil who takes part is awarded a point and additional points are gained by pupils who finish in the top 5 positions for their year group. 897 pupils from 16 secondary schools took part. 74 pupils from Gairloch (more than half of the school) competed and 7 pupils gained extra points – S1 Lucy Hildrey (4th), S3 Scarlet Pickering (2nd) and Amber Drummond (4th), S4 Sara Johnston (1st), S5 Eilidh Johnston (3rd), S6 Syd Tippett (1st) and James Aaron (5th). This gave us a total of 96 points and puts us in 4th place overall. Congratulations to all who took part! Pupils hoping to make the team for the Scottish Schools Championships in Glasgow in November are currently training every Tuesday after school.

Young Ambassadors – Eilidh MacDonald & Iain Nelson have been selected for the sportscotland Young Ambassador programme for the Gairloch Area and will join existing ambassador Sara Johnston. Young Ambassadors is a programme for pupils in school between the ages of 14 and 17.  Their role is to motivate and inspire other young people from primary and secondary schools across Scotland to get involved in sport.  Written applications were invited from pupils which included a piece on why they would be good in the role and any previous experience they had in sport and working with others.  Applications were then short-listed and interviewed by Mrs Hildrey & Active School Coordinator, Fiona Downie.  Successful applicants Iain & Eilidh will now attend the annual YA conference in Inverness where they will take workshops & planning sessions, meeting some of the Olympic & Commonwealth athletes taking part in the day.

Highland Small Schools’ Football Tournament (North) – There has been after school football every Thursday for boys and girls this term. Numbers have been excellent and it’s been good to have girls attending this year. 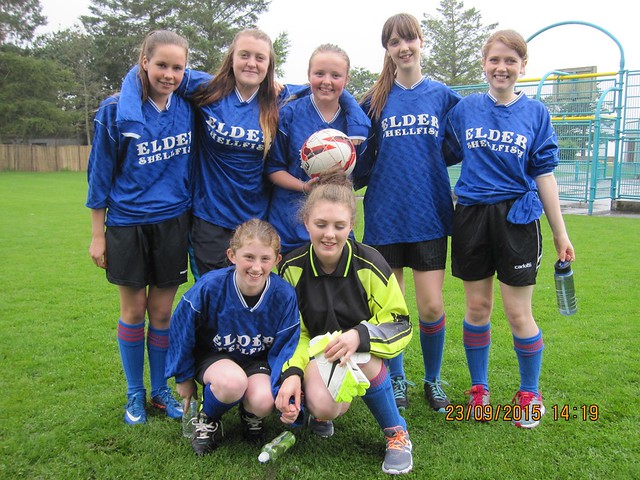 We were able to enter four teams in the Highland Small Schools’ tournament, a seven aside competition for schools within the council area that have less than 250 pupils. Teams play two sets of fixtures with the two best-placed teams going on to face the best teams from the southern Highland small schools in the semi-finals. The S1 Boys’ and Senior Boys’ teams travelled to Ullapool on Saturday 19/9/15. The S1 team beat their Ullapool counterparts 5-0 in both games. The Senior Boys’ team were less successful but still have a chance of qualifying for the semi-final stage. Both teams will complete their fixtures in Dornoch on Saturday 3/10/15. 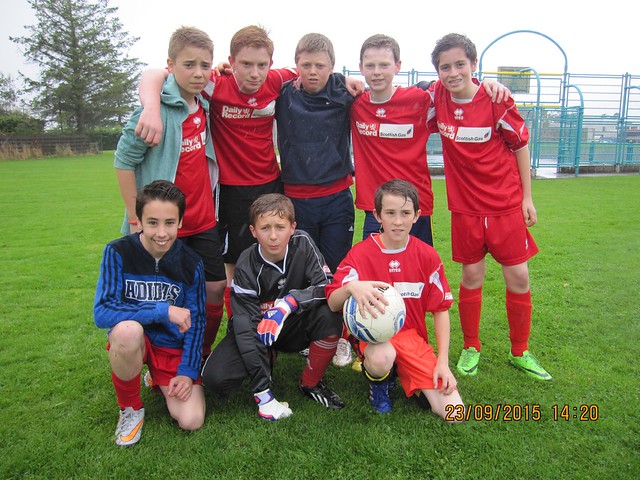 The S2-3 Boys’ and the S1-3 Girls’ team played their first set of fixtures in Dornoch on Wednesday 23/9/15. The S2-3 Boys’ team played six games; winning three, drawing one and losing two games. The S1-3 Girls’ team won one and lost two. Both teams will complete their qualifying fixtures in Ullapool on 29/9/15. Both teams have all to play for in terms of qualifying for the semi-finals. Members of staff who travelled with and coached the teams were been very impressed with their attitudes on and off the park.

The Poolewe Mod and the National Mod – A very good number of our pupils took part in the Local Mod on Friday the 18th of September, a beautiful late summer’s day. The competitions proved to be very competitive with a lot of pupils travelling from Inverness and Dingwall, some of whom were preparing for the National Mod in Oban. Several of our own pupils will be taking part in the National Mod (10th to 15th of October) and we wish them well in their final preparation and in the competitions themselves. Gu math a thèid dhuibh anns an Oban! 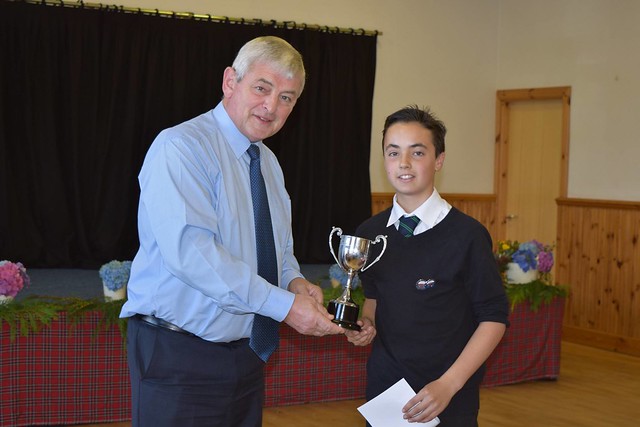 Click on the photo above to see more  photos

Gairloch High pupils had a successful day at the Poolewe Mod and we understand that the results will be published in this issue of GDT. We would like to thank the Mod Committee for providing singing tuition in the High School. We were very fortunate to have Eilidh MacKenzie (a well-known Gaelic singer and Mod Gold medalist) working with some of our pupils: her tuition was very much appreciated and the results of her hard work were clear to all who heard the pupils sing. 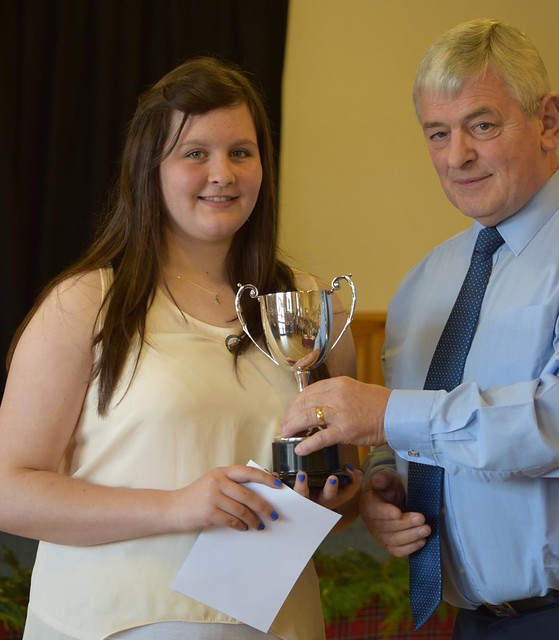