British Geological Seismometer – Some time ago the school obtained a seismometer (used to measure movements of the earth) as part of the Schools Seismometer Project, run by the British Geological Survey.    It has proved challenging to get all the pieces in place to get this working and recording data, but when Professor Peter Maguire, who has holidayed in the area for many years, contacted us to ask if he could help, we readily accepted.  He arrived with a range of additional equipment and gave up a good deal of his time to get it working.  We are very grateful for all the help that Peter has given in setting up the seismometer, and look forward to making use of it in many ways over the coming years.  It is sensitive enough to detect both small local events and larger events worldwide.  The image shows the vibrations picked up in Gairloch as a result of the most recent earthquake in Nepal.

S1 Cairngorm Week – Our S1 pupils completed their residential week at the Cairngorm Christian Centre in Kincraig recently and enjoyed a range of activities that build on cycling, orienteering and climbing skills developed in school. Thanks must go to Dr Caley who organises the week along with the dedicated band of staff who supervise and lead each of the activities as well as cook and babysit the youngsters. Many of the photographs taken throughout the week can be seen on the school website alongside photographs from previous trips. 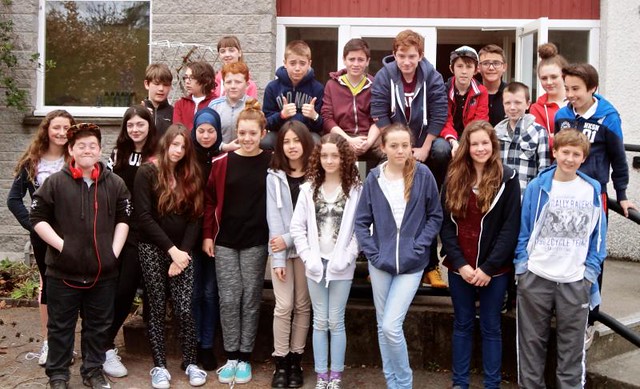 YPI – Our S3 pupils are currently working on a programme called the Youth and Philanthropy Initiative in their PSHE lessons. They have been conducting research into social issues that affect residents in the local community and the charities that work to address these. On Wednesday 13th May representatives from 10 charities visited the school to inform the S3 pupils of their work in our local area. These charities were Gairloch Community Car Scheme, Ileostomy Support Group (Highland), Befrienders Highland, Highland Hospice, Carr Gorm, Gairloch Heritage Museum, Ross-shire Women’s Aid, Dundonnell Mountain Rescue Team, GALE Action Forum and CLIC Sargent. Each group of pupils now has to choose one of these charities to research further and deliver a presentation on at the end of term. The group delivering the best presentation will win £3000 to award to their chosen charity. 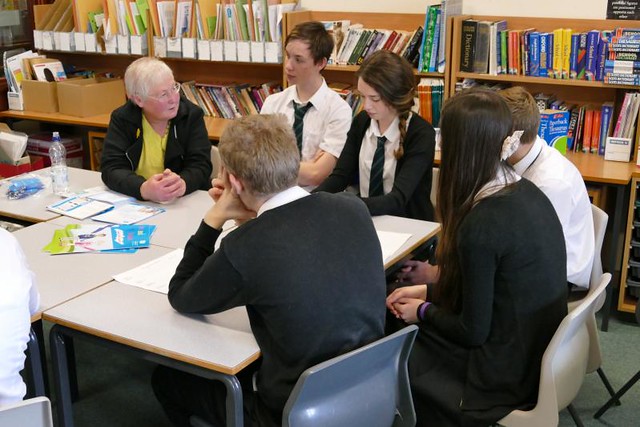 Click on the photo to see more images from the meetings

Orienteering – During their activities week, S3 pupils enjoyed a morning of orienteering at Flowerdale. Everyone competed over two very different courses. The first was easy, with controls at all path junctions. Hector completed this in the fastest time, in just less than 10 minutes. Chris, Gregor, Sara and Max were close behind. The second course was much more challenging and required stamina and good map reading skills. Thanks very much to Guy Seaman who planned the courses, placed all the controls and gave pupils some top tips on the day. 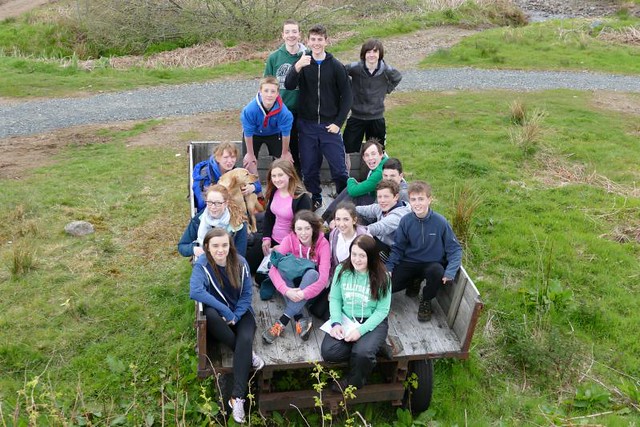 Click on the photo to see more images from the event

‘The Apprentice’­ – S3 pupils, during the first two days of their Activity Week, were again this year involved in an event similar to the BBC programme ‘The Apprentice’. They spent two days working in teams to come up with an idea for a game, quiz or reality television show. Their ideas were then presented to the rest of the school. A panel of teachers and senior pupils judged the ideas based on their originality, potential entertainment value and likelihood of being commissioned. In addition, the teams’ presentations were taken into account. The year group took to this challenge well and it was great to see such a variety of ideas and high quality presentations. The winning team devised an international job swap programme. The judges were impressed by the trailer that was produced, the costings, the presentation and the concept overall. A television producer has been approached to view the presentations and give an opinion on the teams’ efforts.

Bronze DofE training – 22 of our S3 pupils are undertaking their Bronze DofE expedition this term. Training began on Wednesday 6th May at Slattadale. The first task of the day was to pitch tents and some pupils have clearly had more experience of this than others! Everyone then joined in with the ‘kit check’ game. Next came cooking and, following a short presentation on safe use of the stoves, the pupils prepared a three course lunch. The groups had planned their menus in advance. We finished the day with mini-presentations from each person to the rest of their group on emergency procedures, first aid, camp hygiene, comfort and rucksack packing. 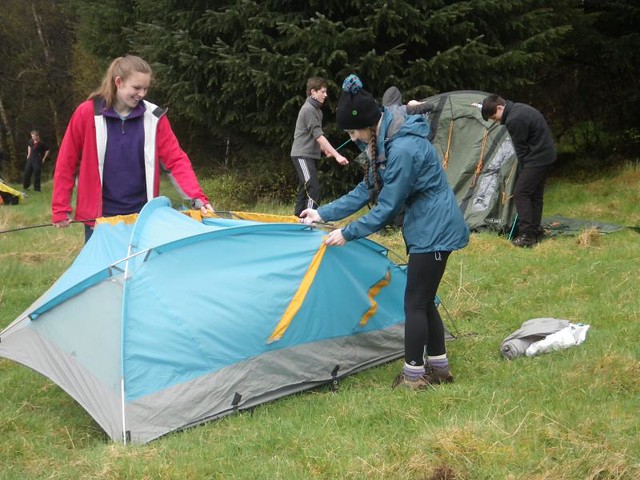 Click on the photo to see more images from the trip

First Aid – Once again at this time of year, pupils in S3 undertook a one-day First Aid course with Mr Cory Jones of Outdoor First Aid. For those involved with the Duke of Edinburgh’s Award, this provided training for their forthcoming expedition. For all, it provided them with the ability to cope with emergencies, extending the work done previously with on basic life-saving first aid. We thank Mr Jones for running this course again.

Scottish Indoor Rowing League – Our S1-3 pupils have done well in the Scottish Indoor Rowing League. Our school is fourth overall in Scotland at the end of Round 1.  66 of our 70 S1-3 pupils participated each gaining 1 point. Top 5 finishers gained more points and we have a few in that category, S1 Jasmine Brown 3rd, S2 Amber Drummond 1st, Scarlet Pickering 2nd and Arlene Morrison 5th. S3 Sara Johnston 1st and Jade Moore 4th.   Iain Nelson missed out on a top 5 spot by a couple of meters. Well done to all of the pupils who took part. (Update – we did even better in Round 2!  See next issue)

Primary 7 Icebreaker and Expressive Arts Days – These took place on the 20th and 21st May. The days are designed to allow the pupils, who will become S1 after the summer, to get a taste of High School in advance of August. These exciting one day events will be followed up shortly by another two days where the pupils will sample their 2015/2016 timetables.