At the beginning of the week, the visitors made their presentations based on the Project Title –The Four Elements of Nature & Their Effect on Our Lives. In addition, activities were organised during the week, such as a beach barbeque, a traditional ceilidh, a walk up Beinn Eighe Mountain Trail, and a trip to Ullapool. Luck was on their side, as the weather was sunny and dry!

Everyone had a fantastic time, and the students from Europe were hosted by pupils in the school; friendships were made during the week which can last a lifetime. This week was the culmination of the project, which lasted for nearly 2 years. Over 20 pupils in Gairloch High School made trips to the 7 other countries involved in the project, and were also hosted by families there.

On the way from Edinburgh, there was time to make a visit to the famous Kelpies, and the first of many group photos was taken. 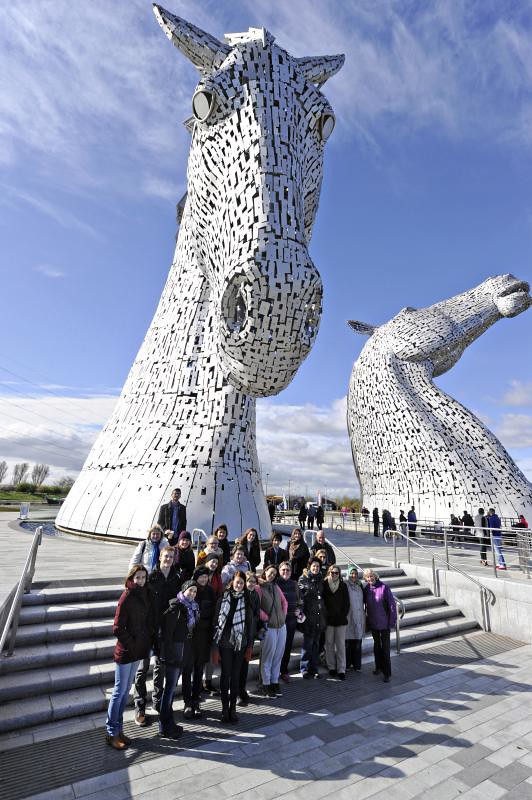 S1 Anti-Bullying Day – On Friday 1st May all of S1 took part in an anti-bullying day. The aim of the day is to remind pupils of their rights and responsibilities when it comes to working together.

Pupils spent the morning taking part in a number of activities to get them thinking about the consequences of bullying and then they watched some videos with various types of bullying, discussing different people’s responsibilities and actions in these scenarios. The afternoon was spent making anti-bullying posters and bunting.

Click on the photo to see more from the day

S6 farewell – On their last day together at secondary school before their exams, S6 travelled to Wildwoodz with Mr Milner and Mr Bowker and enjoyed a day of paintballing. Much fun was had by all taking part in this successful trip. 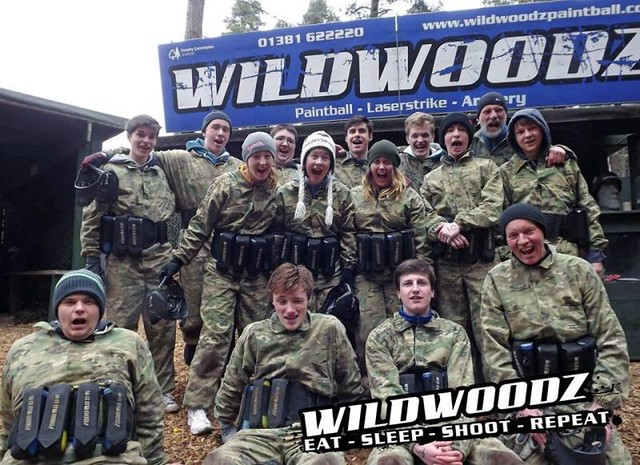 Look at the Evidence evening – On Tuesday 28th April, we held another opportunity for members of the community to try out some of the activities that have been introduced due to the Rolls-Royce Science Prize invovlement. Parents and guests had the chance to carry out DNA profiling, guided by pupils. Each of the groups produced a gel sample like the one in the photo, which clearly showed banding in columns B and D. This equated to a match between DNA found at the simulated crime scene (B) with DNA taken from one of three suspects(C, D, E). There was also a chance to try out some modern microscopy techniques and hear about Advanced Higher projects carried out this year. These involved investigations into the efficacy of Munuka Honey (Siobhan Vickerstaff) and the content of owl pellets (Sofie Banister).

Outdoor Education Partnerships – On Monday the 27th April S5 pupils James Aaron & Connor Moore along with their Outdoor Education teacher Mr Sutherland joined Inverness College, UHI tutor, Nicki Diggins and her three Outdoor Pursuits students for a day’s mountain biking locally. The team showed the UHI folk some of our tracks by leading them around ‘The Old Road’ and through Flowerdale back to school. 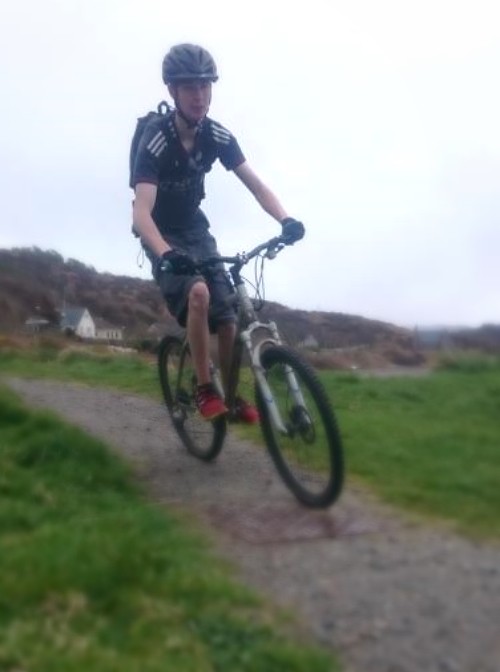 This was another chance for our pupils to develop their confidence and skill while working with older students from UHI.

Next issue we will have a report of the S1 Residential in the Cairngorm National Park that took place between 11th and 15th May.