Lord-Lieutenant’s Youth Award Scheme for Ross and Cromarty, Skye and Lochalsh 2015 – Alasdair MacDonald, S4, was nominated and won the Helping Others category. Well done to Alasdair for the recognition achieved by this award.

Gairloch High School Indoor Rowing Team was commended in the Group Award as was the local ATC. Well done to all the adults who have encouraged and supported the local youth. It is good to see that dedication and hard work recognised by the Lord-Lieutenant, Mrs Janet Bowen.

The purpose of the Award Scheme is to recognise and celebrate the many positive activities and achievements of young people across Ross and Cromarty, Skye and Lochalsh. A full list of winners is available on the Lord-Lieutenant’s website.

Europe comes to Gairloch High School – On the 19th of April, our Comenius friends will be arriving in Gairloch having travelled from Latvia, Portugal, Poland, Greece, Turkey and Finland. Unfortunately, our Spanish friends will not be joining us. It is going to be hard to match the hospitality, kindness and fun we have all had in their countries, but we are all going to try very hard to do so.

There are various events planned for the week, including a visit to the Kelpies, Loch Ness and (of course) a distillery. On Wednesday 22nd of April from 7pm, there will be a Ceilidh in the Community Centre, and we invite all our friends and parents in the community to join us. We will be dancing the usual dances, but trying to teach the Comenius group how it’s done at the same time. On hand to provide entertainment will be the Gairloch Pipe Band, Mrs Browne’s Highland dancers, and C for Craic. A great night will be had by all. There will be a raffle, and any contributions will be very welcome. Refreshments will also be available at the interval.

GeoBus and Explosions – On Wednesday 25th March two geologists from the University of St Andrews visited with GeoBus. This is an industry-supported project that aims to support earth science education in schools and has visited Gairloch in previous years. Kathryn and Carina worked with S1-S3 classes using fun activities to teach and build on the earth science in the Geography and Science curricula. 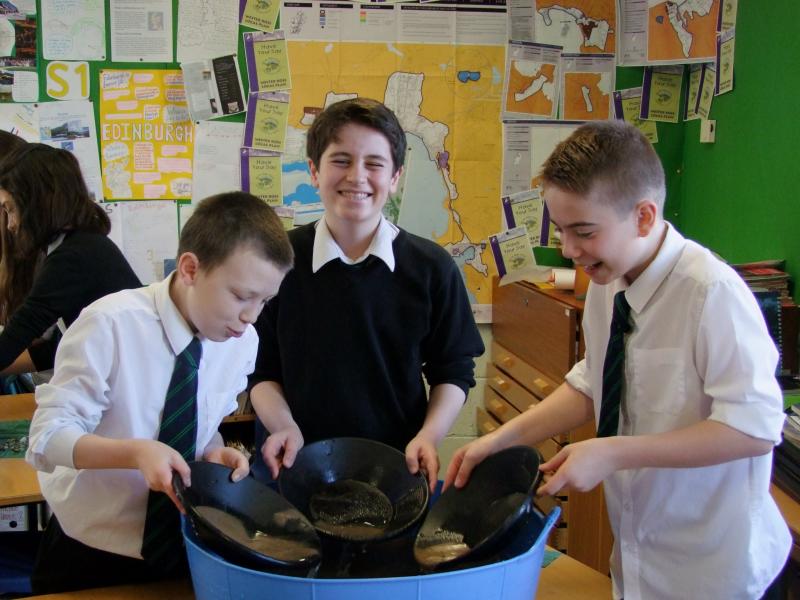 The S1 Geography class was treated to a minerals workshop – but first they had to find the minerals! They learned about panning and put their technique to the test fishing minerals out of a sand/water mix (our pretend rivers). They found minerals of all shapes and sizes, some which were more familiar than others. They sorted them and tried to identify them using the hand lenses and a mineral guide. We then talked in more detail about a few of the minerals – muscovite mica and pyrite – before each group picked their favourite mineral and shared it with the rest of the class. 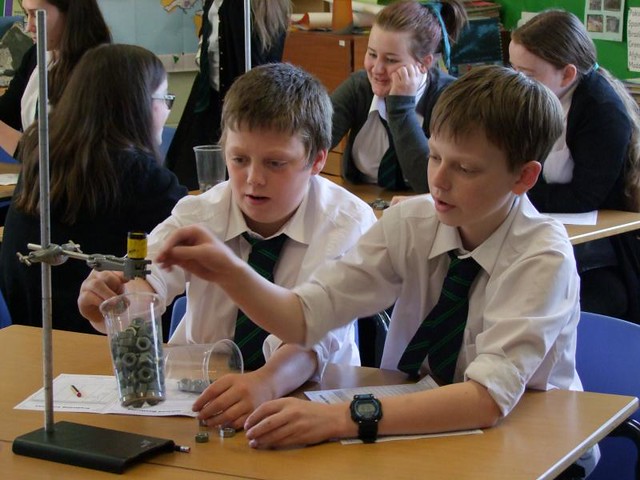 The S2 Geographers have just started a new unit looking entitled “Explosive Earth” and there were plenty of explosions during the “Monitoring Volcanoes” workshop! Pupils set up their own experiments with party poppers and weights to simulate magma building in a lava dome. There were plenty of screams when the party poppers erupted! Groups then had to predict their next eruption and make a decision about when they were going to evacuate. There was only one group whose volcano erupted before they had decided to begin an evacuation! Other techniques that are used to monitor volcanoes were also shown including infrared cameras and seismometers. 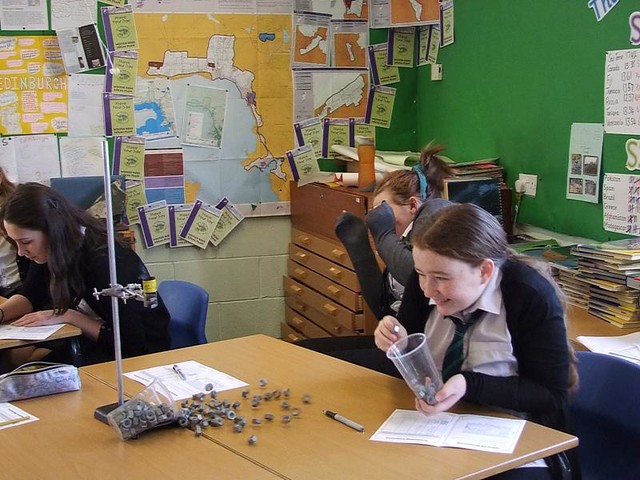 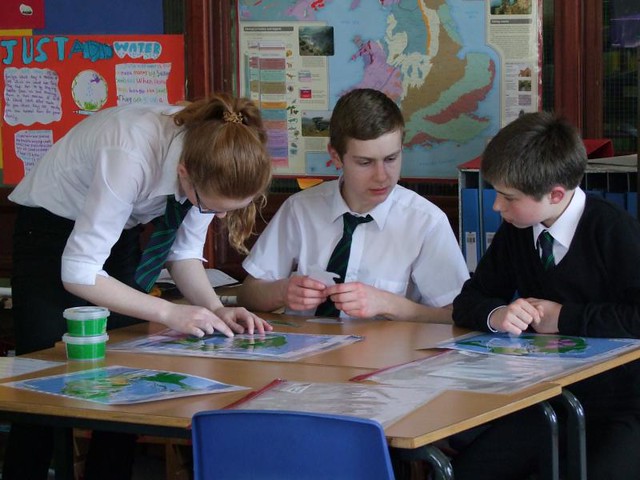 Those who do Geography in S3 spent the afternoon learning lots about plate tectonics and the natural hazards that come with them. They looked at the evidence for continental drift, the nature of the mantle, the frequency and size of earthquakes, the explosive capability of different volcanoes, calderas and evidence of volcanism, volcanic gas and finally the issue of dealing with tsunamis! 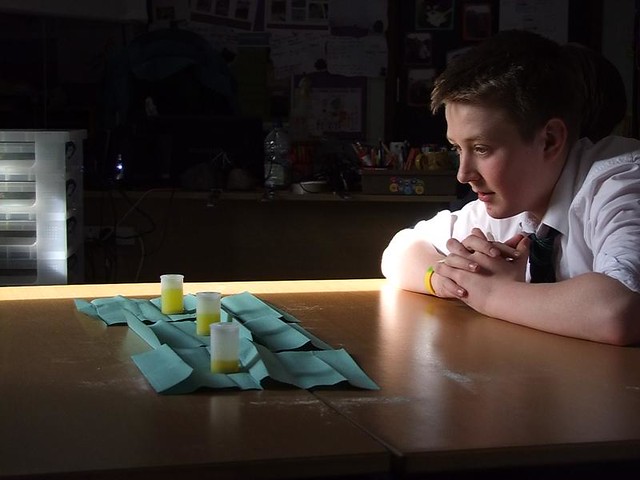 Kin and the Community – Sara Johnston (S3) writes, “I am one of 6 young people from Ross-shire chosen to be part of this new exciting project run by Fèis Rois and funded by the Highland Youth Arts Hub. The project is inspired by the fiddler Duncan Chisholm’s ground breaking multimedia project, Kin. We will be supported by Duncan Chisholm as the Artistic Director to make a short film about 20 minutes long. This project involves composition and music making, ethnology and research, filming techniques, editing and narration. The film will include an old voice recording of someone talking about an interesting part of their lives, filming to go along with the voice recording and music composed by us. We have already been to the Highland Archive Centre and the School of Scottish studies in Edinburgh to try and dig out a fascinating old recording of someone from the Ross-shire area. The premiere of this project will be performed on the 4th July in Ullapool at the MacPhail Centre. Whilst the film is running we will be performing the music that goes along with the film live.

We are planning another opportunity for members of the community to try out some of the activities that the pupils have been involved in as part of the Rolls-Royce Science Prize. Visitors will have the chance to build on the DNA evening we held in November by carrying out DNA profiling, guided by pupils. It is hoped that former pupil and DNA scientist Jennifer Port will return to lead the session. There will also be the chance to try out some modern microscopy techniques and hear about senior pupils’ Advanced Higher projects. Because of the practical nature of the evening places are limited so please phone the school (01445 712275) to notify us your interest.

Swimming gala and beach clean up reports next issue.

Further details of events on the school website calendar.