Eclipse / Rolls-Royce Science Day – Gairloch pupils recorded eclipse data as part of a broad scientific partnership on Friday March 20th. The Science Day involved partnerships with University of Reading and the BBC, along with a visiting engineer from Rolls-Royce, Professor Barclay and STEM ambassador Jennifer Port from The Beatson Institute in Glasgow.

Through Gairloch High school’s participation in the Rolls-Royce Science Prize 2015, pupils used some of the equipment purchased with support of Rolls-Royce Science Finalist funding to make accurate recordings of weather conditions throughout the eclipse.

The school has sent the weather data to the University of Reading’s National Eclipse Weather Experiment (NEWEx), which looks at the atmospheric impact of a solar eclipse. 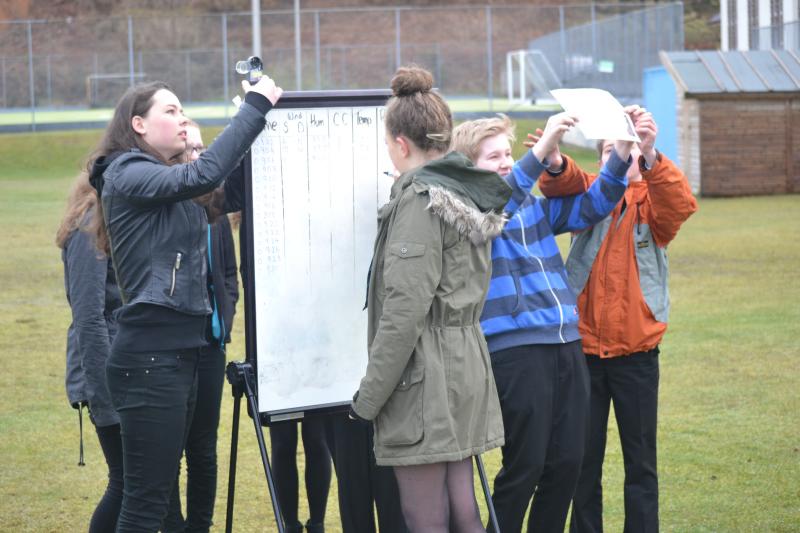 S3 and Higher Geography pupils recorded data throughout the eclipse using weather meters. Between 9am and 10am, S1 pupils monitored temperature and cloud cover along with measurements of light levels (see graph). They had pinhole projectors made previously in science just in case the cloud cleared. 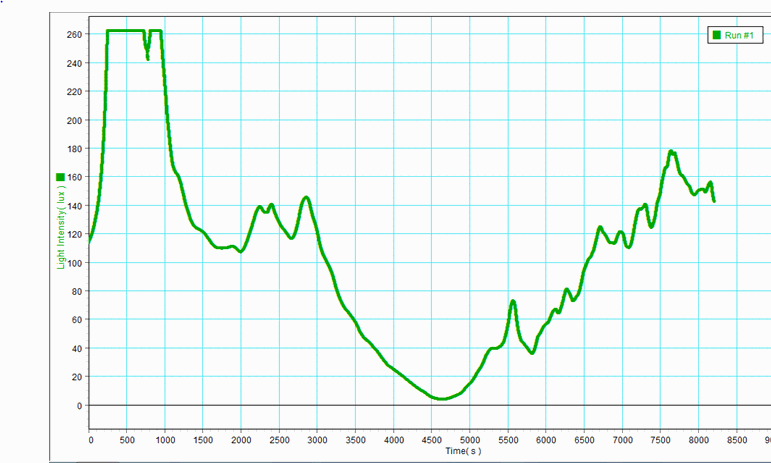 At 9am, S2 received a talk from eminent forensic scientist Professor Dave Barclay. The theme of the talk was “Good Science” and what that involves. After the talk S2 joined the S1 outside as the eclipse maximum approached at around 9.37am. By this time most pupils and staff took the opportunity to experience the event. Unfortunately no images of the eclipse were viewed from the school due to cloud cover.

After the eclipse shadow had passed S3 geography pupils started analysing the results gathered. They got some interesting results and the graphs generated a lot of discussion about what the evidence might infer about the effect of the eclipse on weather patterns. These graphs are available on the school website with annotated conclusions from the pupils. 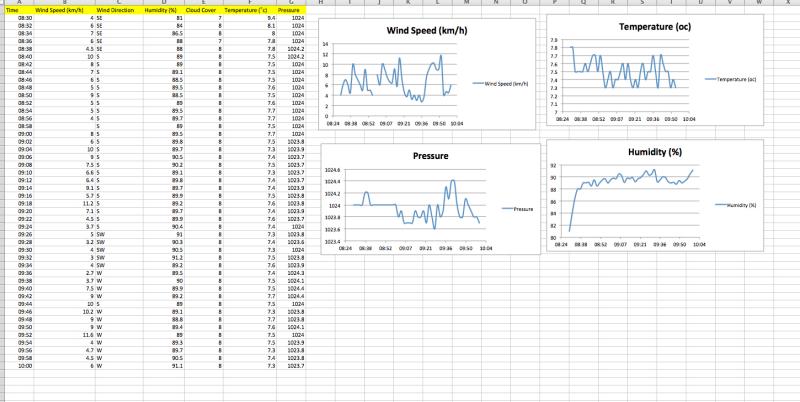 You can see more of the S3 results here

Just before lunch Professor Barclay talked to S3 pupils in English class about being an author. Using science as a theme, he set the pupils a writing challenge. After lunch the pupils started planning their own story and he will return in around 10 days to investigate the results of their writing task.

Rolls-Royce engineer Neil Chattle is the school’s competition mentor and when he visited before, Neil gave willingly of his time to advise pupils on engineering apprenticeships. Pupils from S3 upward, who study technology and engineering courses in the school, met with Neil to talk about jet-engine failure analysis. Neil kindly brought some machined engine parts for the pupils to handle. Surprisingly some of the parts, which looked quite small, cost thousands of pounds to manufacture!  You can see some photos of the event here.

Meanwhile former pupil and STEM ambassador, Jennifer Port met with S2 pupils and continued the DNA analysis experiments started during her previous visit a few months ago. This time the pupils were learning profiling techniques and got the chance to practice lab skills. This session was similar to an event that Jennifer took part in at Anglia Ruskin University as part of our Rolls-Royce objective to spread skills to staff and pupils beyond the boundaries of our own school community. 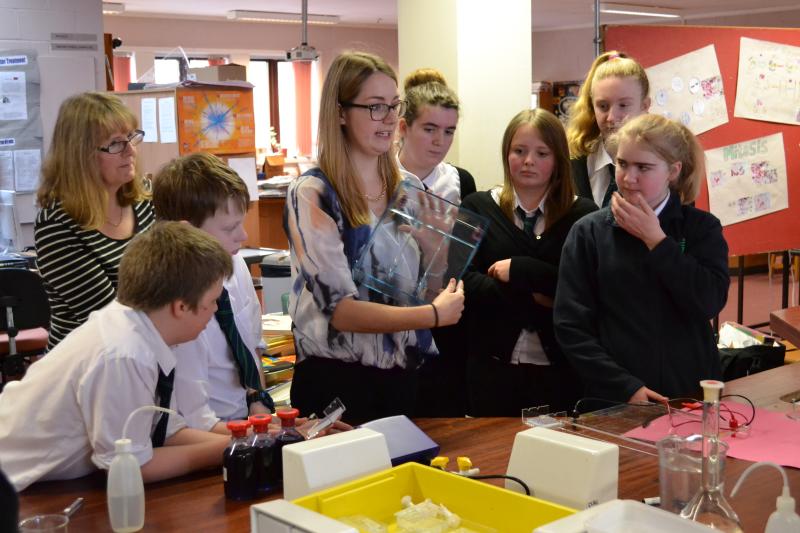 You can see more photos of this event here

Head Teacher, John Port summed up the science day event: “Although the cloud covered the sun during the eclipse pupils stayed enthusiastic about collecting the important data for the scientists. The effect of the moon’s shadow did not dampen enthusiasm for the range of activities available to all pupils throughout the whole day. S2 will continue with their DNA profiling in class and I look forward to reading the fiction written by the S3 pupils. Meanwhile S1 pupils will be designing and building digital microscopes for future use in the science department by all pupils.”

As a follow up Eilidh MacDonald S3, Kai Johnston (S2), George Pickering and Callum MacDonald (both S1) were interviewed on Two Lochs Radio and it was broadcast on Wednesday evening (25th March). Along with Miss Smith they talked about the science of the eclipse and other events such as making pinhole projectors and using light meters, geography data collection for the University of Reading, aerospace engineering, Professor Barclay writing crime fiction and DNA profiling experiments in Science. 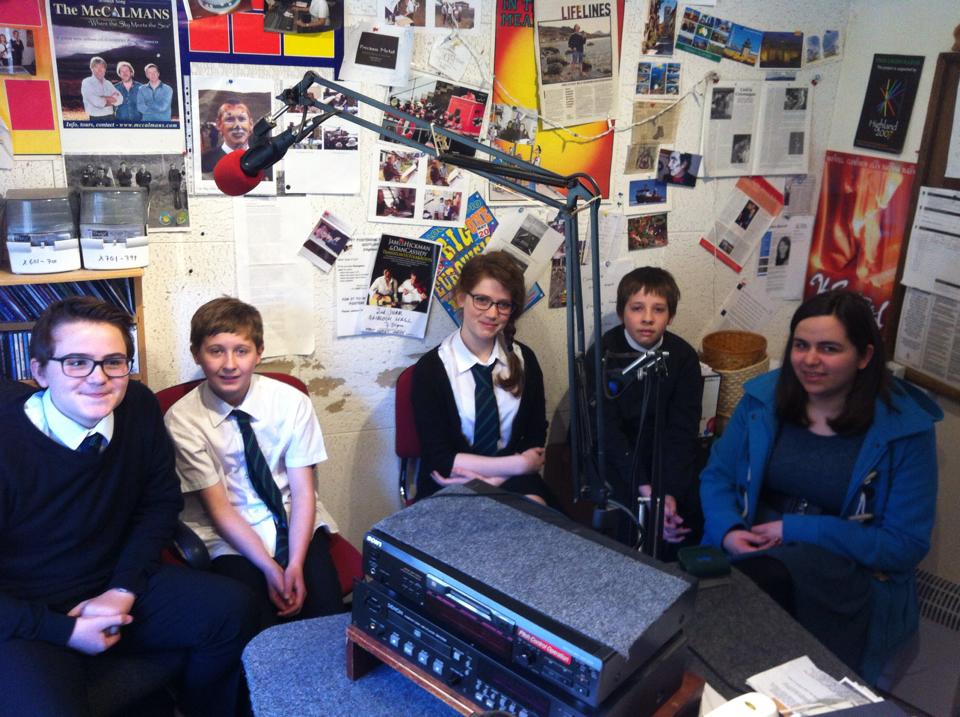 We are planning another community evening for Tuesday 28th April but booking your place will be essential. Details will be published in the next issue as part of the school news but we plan to include practical experiments and a chance for you to hear what our Advanced Higher pupils have been doing this year in Biology.