DNA in Science: Forensics, Ebola, Human Evolution and the Future of Personalised Medicine – On the evening of Friday 21st November, former pupil Jennifer Port gave a presentation in Gairloch High Science Department to discuss DNA in the world of science. Around 20 members of the community joined her ‘science class’ and extracted DNA from fruit. Jennifer also discussed current scientific techniques used to understand Ebola, human evolution, forensics and how the study of DNA is influencing the future of personalised medicine. Jennifer is a STEM (Science, Technology, Engineering and Maths) ambassador and currently a partner in the school’s Rolls-Royce Science Project undertaken by Mr Johnston. 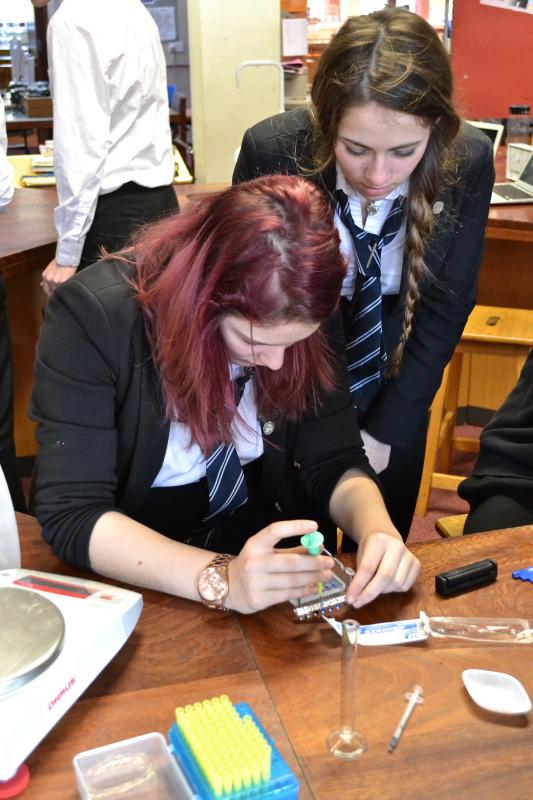 Earlier in the day pupils also took part in experiments and talks delivered by TIMSTAR’s Lucienne McCallum and PhD student Jennifer. S5-6 pupils were given an introduction to the use of Polymerase Chain Reaction (PCR) and DNA profiling in various scientific fields including forensics, infectious diseases control, genomic screening and oncology. This included a practical, which allowed the students to analyse DNA from simulated criminal suspects.

S2-3 pupils were given an overview of the work that Jennifer does, including her university career so far, along with an introduction to the study of cancer. The pupils then extracted DNA from various fruits, a surprisingly simple procedure which is crucial to research all over the world. 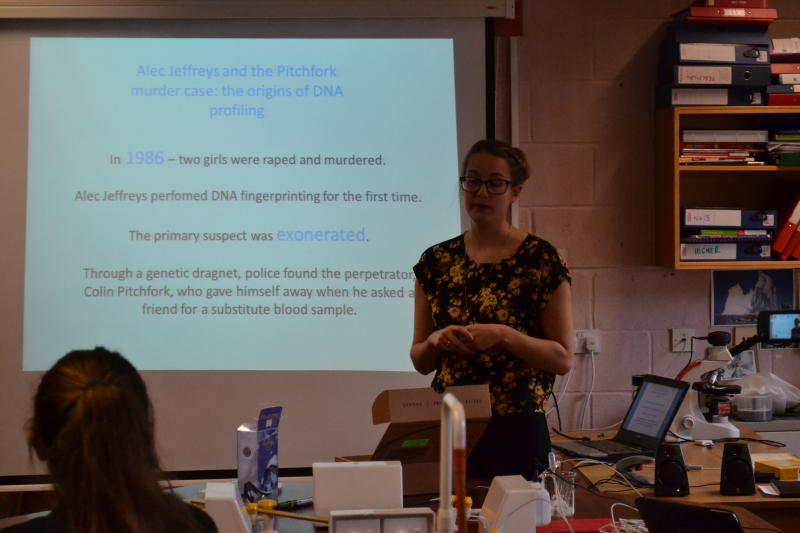 Click on the photos above for more images from the day

Rolls-Royce Science Prize – Headteacher John Port and project lead Andrew Johnston travelled by invitation to the Rolls-Royce factory in Derby. From there they travelled to London to attend this year’s Award Ceremony at the National Science Museum. This high profile occasion had guest politicians, members of the House of Lords, CEOs from various companies and presidents of national science bodies. Everyone was very enthusiastic about where we came from and excited about what we were planning for our project. They wished us luck in the competition, which will see us return to the Science Museum next November to be judged. The trip provided some very important networking and informed us of more clearly what is required to be successful in this competition. The general view of the finalists (winners and losers) was that they had each benefited greatly by receiving sponsorship from Roll-Royce. The projects had helped develop science teaching in all of the schools involved. 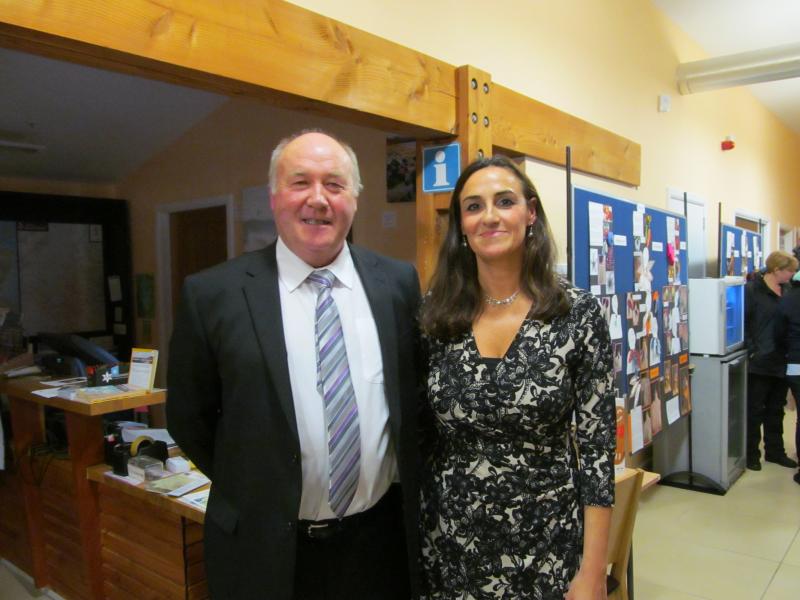 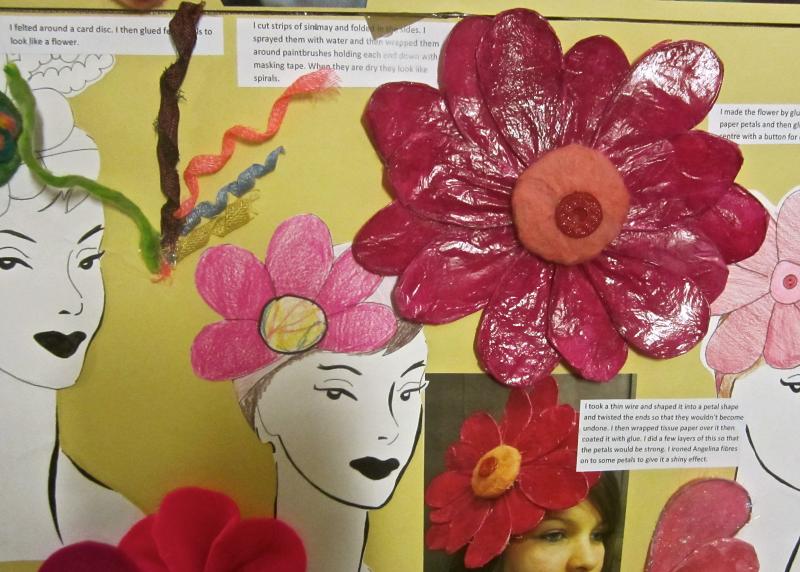 S4 Hospitality – Miss Thistlethwaite’s S4 Hospitality class provided food and drink during the Art Exhibition opening evening at the GALE Centre. The pupils prepared and served the food. During the event they were each assessed on the standard of their work. Expectations were high and feedback from guests was very positive. 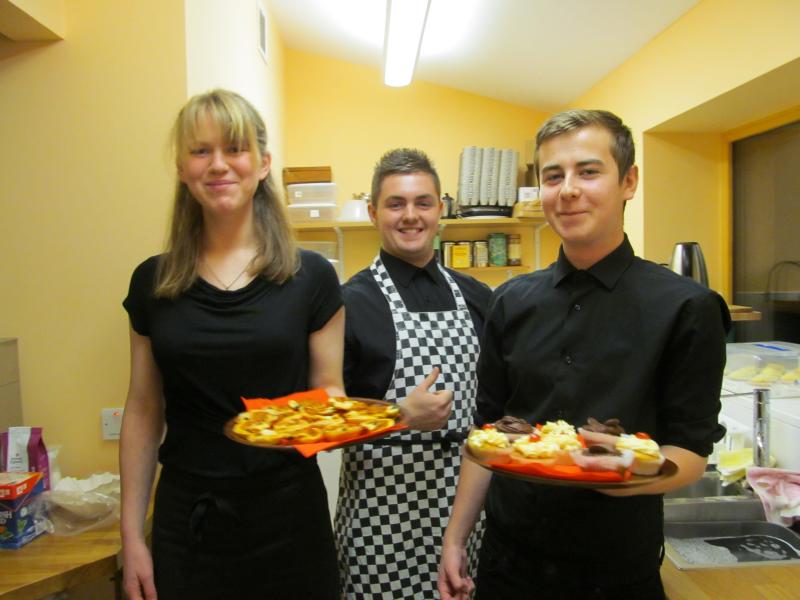 Click on the photos above for more images from the exhibition

2015 School Calendar – The new calendar is now available from local outlets including the school office and the library. £6. All funds go to support pupil activities.

Malawi fund-raising – Amy Tattersall and Scarlet Pickering did a great job on Saturday 15th November. They raised £80 with their fundraising table at the Gairloch Leisure Centre Open Day celebrating the third anniversary of the climbing wall opening. Thank you and well done to the girls and other pupils who assisted!! We would also like to say thanks to Viveca Port who raised £100 with her stall the previous weekend at the Two Lochs Radio Autumn Market. The current fund raising objective is to support a visit to Scotland (next August) for four youngsters and two teachers from Mlozi School.

Children in Need fundraising – Pupils and staff had a pyjama day on Friday 14th November raising £218 for Children in Need. Well done to S6 pupils for organising this. 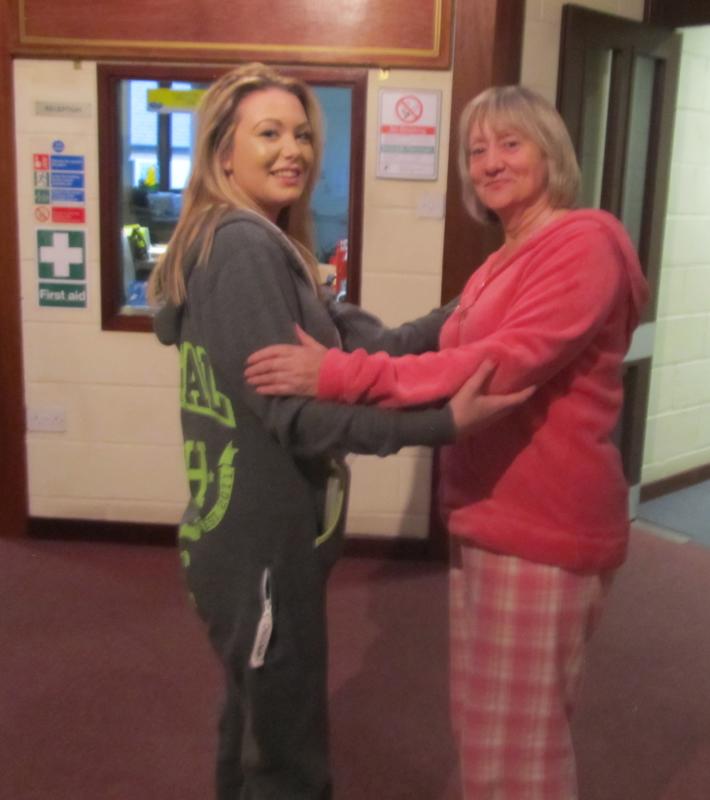 Highland Youth Orchestra Performance – Alasdair MacDonald, Freya & Leonie Baptist, Hannah Wood, Oscar Howard, Megan Copland & Eilidh Owen took part in the annual music conference at the McDonald Centre in Aviemore on Saturday 22nd November. Each pupil gained their place in the orchestra and choirs through audition. These concerts highlight the high musical standards of our pupils. The next one will be in Eden Court in the Spring.

Tramway Visit Glasgow – From the 6th to the 8th of November, a group of four pupils from Gairloch high school (Holly, Catherine, Beth and Sofie) travelled to Glasgow with Mrs. Browne. The main objective of the trip was to visit the exhibition of Advanced Higher Art and Design work that had been on show at Tramway. The folios seen were of an amazing quality and served as a great inspiration to those of us embarking on the Advanced Higher journey this year. 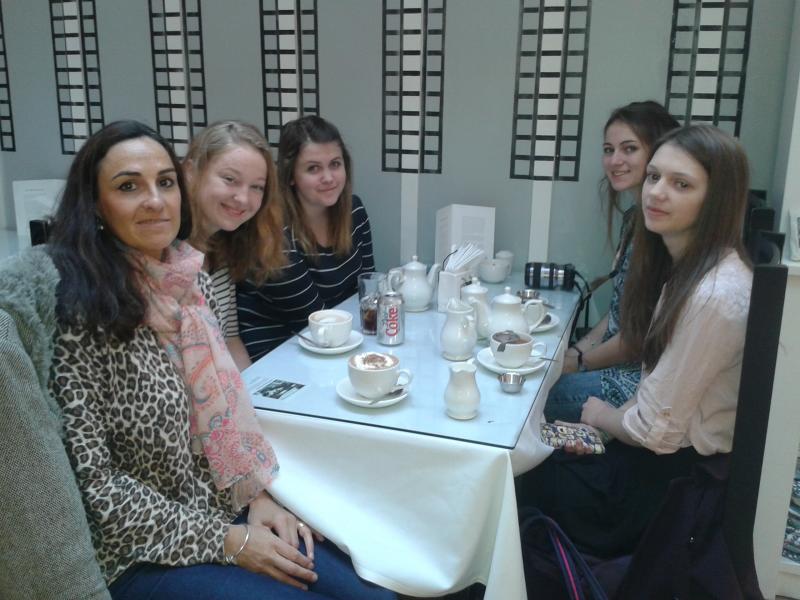 Click on the photo for more photos of the trip

We were also able to see some of Glasgow’s famous architecture, visiting a number of buildings designed by Sir Charles Rennie Mackintosh. These included The Lighthouse (which had its own Mackintosh exhibition), The Glasgow School of Art and The Willow Tea Rooms. A lovely cup of morning tea was enjoyed in the Tea Rooms, allowing us to gain the full Mackintosh experience.

The Gallery of Modern Art was also on the agenda, giving us a taste of art in a less traditional form, along with a little bit of Christmas shopping.

Everyone who went had a fantastic time and definitely took a lot from the trip. Thanks to Mrs Browne for organising and supervising the trip. (Sofie Banister)

Slattadale restoration Project – To date, we have raised just over £5000 of the target figure of £8000. Forestry Commission should clear the site before Christmas allowing us to make progress on building work.

On Friday 21st November 8pm, former pupil, Jennifer Port will hold a presentation in Gairloch High Science Department to discuss DNA in the world of science. This will include an introduction to DNA and various modern techniques used to understand Ebola, Human Evolution, Forensics and what this means for the future of personalised medicine.

We also plan to provide the the opportunity for you to extract DNA from various fruits. All welcome. You can ring the school beforehand on 712275 and let us know if you might be coming, message us here on Facebook https://www.facebook.com/events/808947435831521/ or just turn up.

The pupils will also take part in the DNA day.  TIMSTAR’s Lucienne McCallum and PhD student, Jennifer Port will be running presentations and activities throughout the day.

S5-6 will be given an introduction to the use of Polymerase Chain Reaction (PCR) and DNA fingerprinting in various scientific fields including Forensics, Infectious diseases control, Genomic Screening and Oncology. This will include a practical which allows the students to isolate their own DNA from saliva and visualise their ‘DNA fingerprint’.

S2-3 will be given an overview of the work that Jennifer does in the field of Cancer research including her university career so far and an introduction to Cancer. The students will also be shown how to extract DNA from various fruits, a surprisingly easy procedure which is crucial to research all over the world.

The National Mod – S4 pupil Alasdair MacDonald (S4) won the under-19 Open Accordion competition at the National Mod in Inverness recently. We are very proud of his achievement and everyone at the school congratulates Alasdair. Several other pupils took part and C for Craic gained a third in one of their events. Well done to all!

Rolls-Royce Science Day – On The 21st November Lucienne McCallum of Timstar and Jennifer Port of the Beatson Institute will visit science classes in Gairloch. Pupils will learn about DNA procedures and take part in experiments.

There will be an evening session at 8pm on the 21st November in the High School for members of the community. Come along and learn about DNA and perhaps get a chance to extract some for yourself! A few years ago these experiments could have won you the Nobel Prize. This event is part of our on-going participation in the Rolls-Royce Science Prize. Gairloch are one of 9 UK finalists. 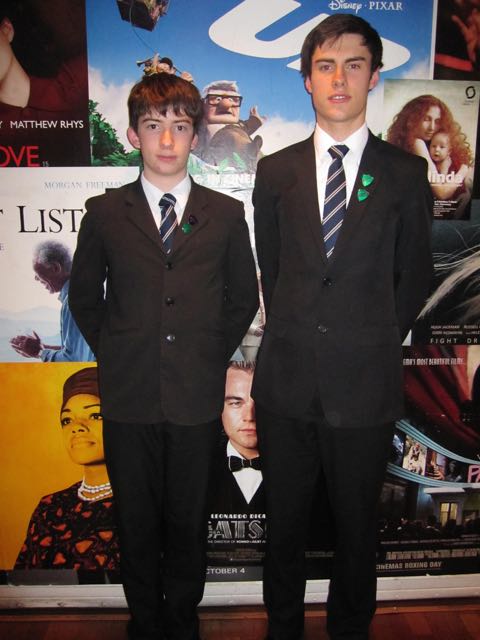 Here they report on the event:

“We left Gairloch at 8:30, and drove to Ullapool for the ferry to Stornoway at 10:30. Because of the stormy weather the ferry took a lot longer to get there, four hours to be precise. We had most of the afternoon to watch other schools debating before it was our turn. The motion for our debate was “Pupils should take a gap year before going to university”. We were up against Lochaber’s B team. We managed to argue our points, and made it through to the next stage.

The motion for round 2 was “Schools have too much freedom to create their own curriculum”. Although we knew for a week what the motion was, we didn’t find out which side we’d be on until 21:00 on Tuesday. This gave us less time to prepare and practice our speeches.

17:00 came on Wednesday, time for our second debate. This time we were up against Lochaber’s A team. This debate was much harder, for both teams.

Not only was the motion more difficult, but there was a power-cut as we debated! We managed to pull through again, and won. We, however, didn’t qualify for the finals in Edinburgh. Although we had won, only the top four out of the six winning teams went through.

Thursday morning meant we were homeward bound… or so we thought! All the ferries back to Ullapool on Thursday were cancelled. So instead of heading back to school, we visited some of the different Gàidhlig employers in Stornoway – MG Alba (where a lot of the work for BBC Alba and Radio nan Gaidheal is done), Acair (publishers), Comunn na Gàidhlig and Stòrlann. In the afternoon we spent a considerable amount of time at an interesting exhibition that detailed the devastating impact World War One had on Lewis.

We had been looking forward to the event but enjoyed it even more than we had expected. We have no doubt that our communication and debating skills have developed greatly as a result. It was also good to meet young Gaelic speakers from all over Scotland.”

Blythswood Shoebox Appeal – Once again the school participated in the annual Blythswood Christmas shoebox campaign and 25 boxes were collected. The next charity event will be Children in Need on 14th November. 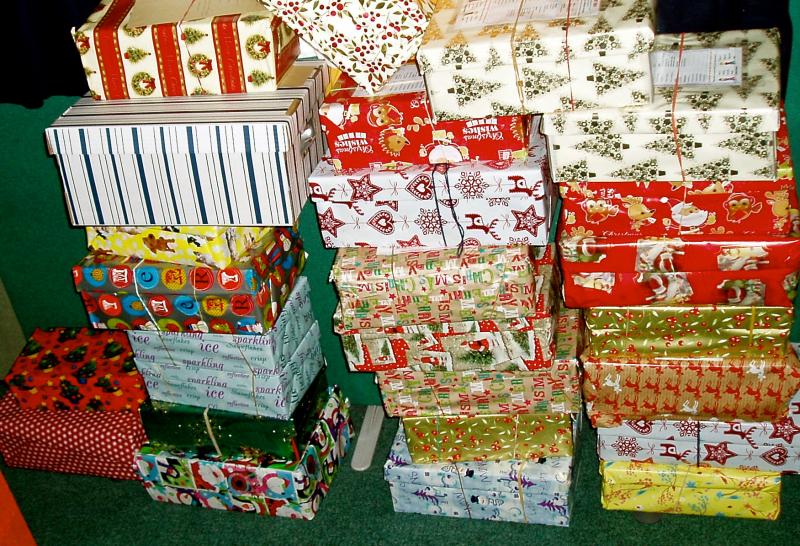 Halloween Dress & Disco – On Friday 31st October the pupils donated money to wear fancy dress. Over £100 was collected to share between the Malawi & Slattadale Projects. 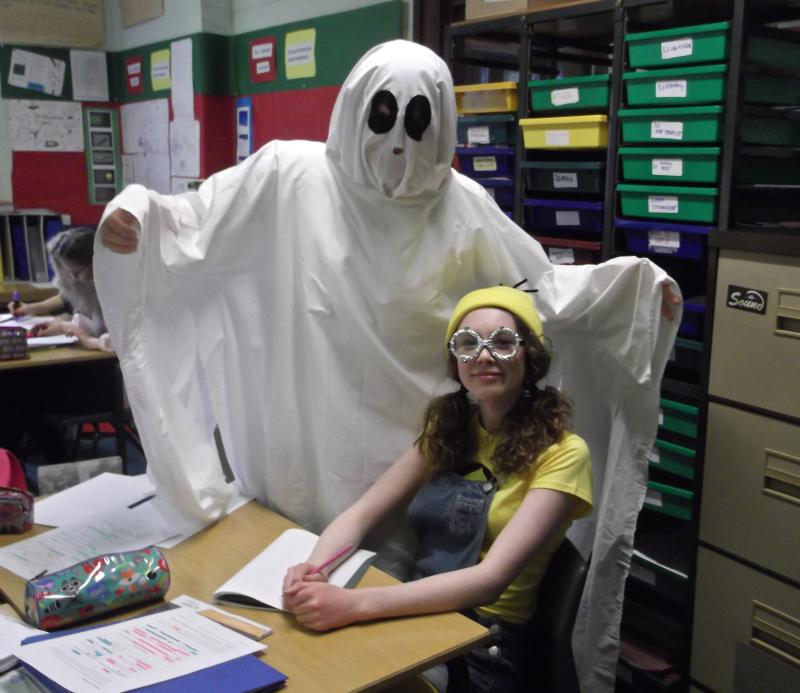 Higher Geography – The Higher Geographers planned their own fieldwork on the beach at Gairloch, investigating how the sediment changed up the slope and also looking for evidence of longshore drift. After completing their risk assessment, planning the techniques they would use and creating their own data sheets they set out and worked in two groups to measure a profile up the beach. Although it was very blustery the pupils worked well in groups and were able to return to the classroom and use their data to successfully draw a beach profile. 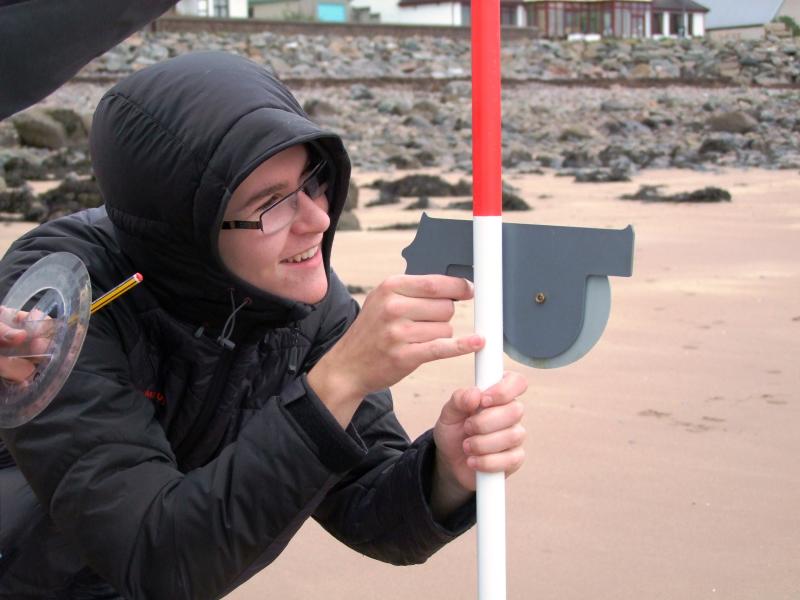 S2/3 Boys’ Football – Highland Small Schools – The team travelled to the Northern qualifying competition in Ullapool on Thursday 31st October. We were drawn in a group that included Ullapool A, Kinlochbervie B and Dornoch. We won all three games, scoring eight goals and conceding none. To qualify for the finals of this tournament which includes schools from the southern Highlands we had to finish in the top two positions. In the semi-final we drew 0-0 with Ullapool B (after extra-time) but, unfortunately, lost on penalties. We therefore did not qualify but did come very close. All the boys were very happy with how we played. To play four games and not lose a goal was an excellent achievement. Thanks to Mr Cumming and Mr Bowker for accompanying us on this trip. 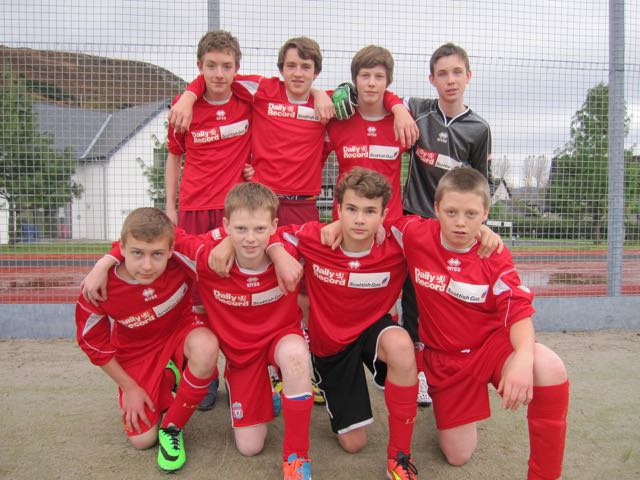 Important Dates – Here are a few upcoming events. Please contact the school if you are in any doubt.

22/11/14 until Thursday 27/11/2014 – Art Exhibition GALE Centre – display of work produced by senior pupils up to Advanced Higher Level. The 2015 School Calendar will also be available for sale.