Comenius Trip to Turkey – On Saturday 22nd September our fifth Comenius visit of the current project began. Miss Hunter, accompanied by Mr & Mrs Port, set off with 5 pupils to visit a school in Turkey. Calum Nelson, Callum MacKenzie, Matthew MacLean, Gregor Vickerstaff and Cameron Tallach met up with the Turkish pupils that they have been in communication with during the project. A group of staff and teachers from eight countries met enjoying a range of cultural activities culminating in a final ceremony of music, dance and food. 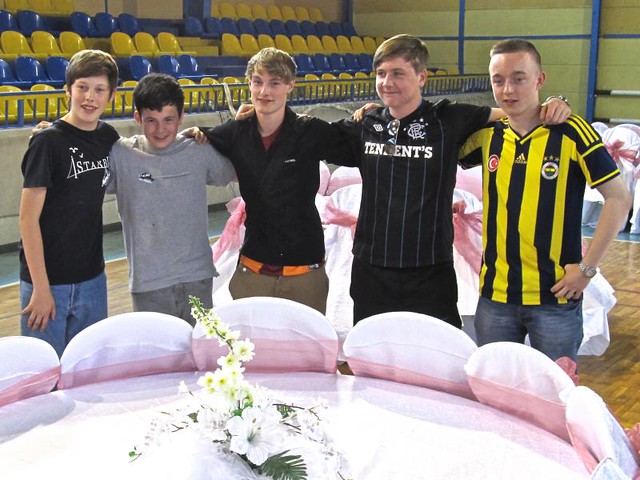 The school that we visited is in the town of Akyazi in district of Sakarya around 160km east of Istanbul. We arrived on the Sunday and crossed into Asia via the enormous Bospherus Bridge. Later in the week we had a tour of the shoreline under the bridge, exploring both the coast of Asia and Europe. 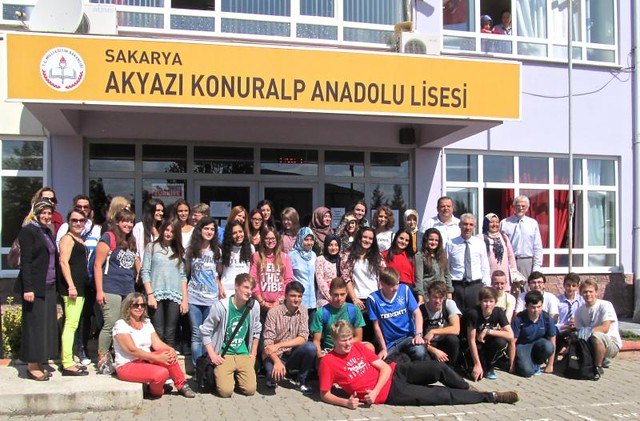 An extraordinary amount of work goes into arranging each of these trips and the boys made their thanks known to Miss Hunter on their return to Gairloch. Her efforts were much appreciated and the boys had the trip of a lifetime experiencing living with Turkish families and making friends from each of 7 other countries. They went shopping in the Grand Bazaar of Istanbul. The boys also visited Hagia Sophia, one of the most iconic and longest lasting structures in Europe, managing in its time to represent both Christianity as a church and Islam as a mosque. We also visited a museum commemorating an earthquake in 1999 that affected the region around the school killing thousands of people.

The boys experienced various traditional Turkish dishes during the week. In the historical town of Beypazari they visited a silver bazaar along the Silk Road between Istanbul and Baghdad and were entertained by an effusive tour guide who didn’t speak a word of English! Later in the year we plan to hold an evening presentation for the community to share our experiences of Comenius. Watch out for your invitation!

The group would also like to make known our thanks to Mr Andrew Bowker and Mrs Ann Fraser for helping with transport to and from Inverness train station. Another group of pupils will head off to Finland in December followed by a different group to Spain in February. The last event of the project will see representatives from each of the schools in Greece, Spain, Latvia, Finland, Poland, Portugal and Turkey arriving in Gairloch next April. So expect a ceilidh at the very least!

Slattadale Restoration Fundraising – A very great thank you to everyone who has responded to our appeal for funds so far. Recently Mr Milner has been encouraging you to donate online. The page on JustGiving.com totalled £1250 by the deadline. We also received donations to the school not recorded on the website. We are constantly surprised and gratified by the support that we receive from the community. It is much appreciated and encourages us to develop extra projects that we believe will help the pupils.

Concussion as a result of sports injury – Concussion is a brain injury caused by direct or indirect force to the head. It results in a variety of non-specific signs and/or symptoms and most often does not involve loss of consciousness. Most people recover in a few days but recovery can take longer for children and young people. You can find information on the school website here made available by the Scottish Government and fully supported by the official football and rugby organisations. The message with regard to children is be aware and if in doubt get the children to sit out of the game. Always seek medical advice if you are uncertain.

Blythswood Shoe Box Appeal – Over 1.7 Million boxes have been donated and distributed through the years and this is the 21st anniversary of the Appeal. Gairloch High School pupils and parents continue to support this annual event.

It’s very easy to put some basic items together. Things we take for granted can often be luxuries for people living in desperate poverty.  Boxes will go to Albania, Bulgaria, Hungary, Kosovo, Moldova, Pakistan, Romania and Serbia this year.

For Christmas delivery your shoebox should be at the school by the end of October. Leaflets have been distributed to pupils already. You can get more details of what to do on the Internet – just click here for Blythswood Shoebox Appeal 2014. By filling a shoebox you can share the true meaning of Christmas.

This is just one of the projects S6 prefects are tasked with supporting. They organise a range of fundraising charity events throughout the year involving all pupils.

Important Dates – Here are a few upcoming events. Please contact the school if you are in any doubt. Dates are also available on the school website. 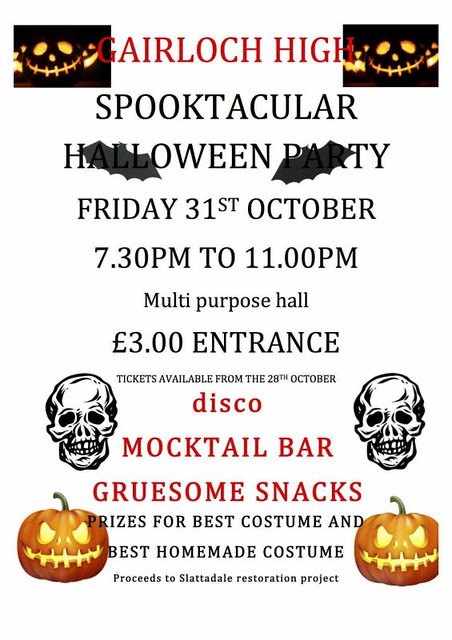