Gold DofE Expedition 2014 – On June 8th a group of seven intrepid pupils (Sofie, Siobhan, Eilidh, Isla, Innis, Ciaran & Luke) set out from Gairloch accompanied by Mr Johnston and Mrs Bulmer. Our intention was to complete our gold practice expedition for the Duke of Edinburgh’s award scheme. Over the duration of four days we walked through Glen Affric to Morvich, scaling four Munros en route. Everyone involved had a great time and are all looking forward to our qualifying expedition, which will take place in the Cairngorms this August. A big ‘thank you’ to all the staff that made our participation in the award possible. (Sofie Banister) 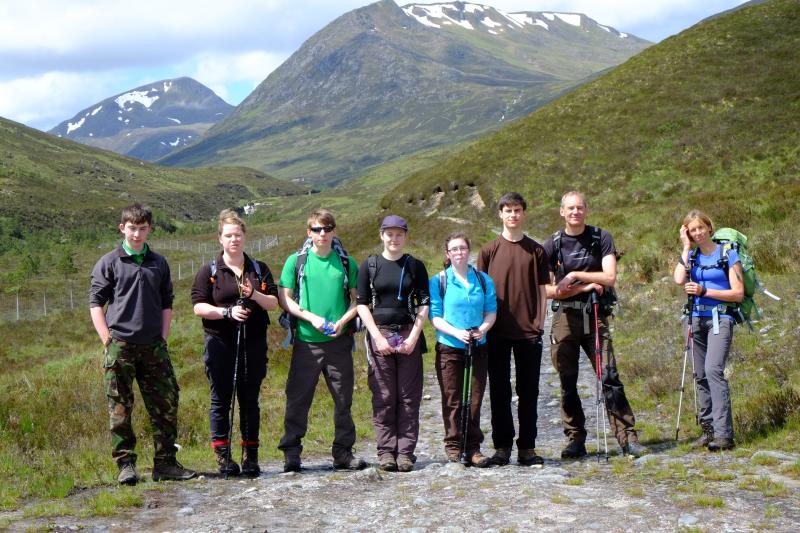 Independence Referendum and Debate –S4 and S5 pupils were involved recently in a discussion and debate about the pros, cons and uncertainties of Independence. Organised by Ms Velt, the pupils heard from outside speakers from both sides in the morning and debated amongst themselves in the afternoon. The pupils, many eligible to take part in the referendum, after a spirited and well-argued debate voted for independence.

Inspire – Aspire – Eilidh MacDonald and Iain Nelson were invited to attend the University of Glasgow on 16th June to each be presented with a silver medal and certificate for work they produced in school under the guidance of Dr Caley. All S2 pupils had to discuss and illustrate why and how a particular individual had inspired them. Five were sent to the organisers and two chosen as winners. Well done Eilidh and Iain! The work submitted can be seen on the school’s Facebook page by clicking here.

Graduation – Miss MacAllister graduated from Dundee University on June 20th 2014 with a Diploma in Spanish. The necessary study and work was completed in her own time at weekends and during holidays. Miss MacAllister is currently qualified to teach German and French but has been developing her skills in Spanish for several years. Well done!

Visit to Ullapool Harbour – Mr Gorman took his Engineering Science class to Ullapool recently to look at the construction of the harbour extension. The class got a tour of the site and found out how the various sub-contractors work together to complete the project. Thanks to Angela Rae our STEM ambassador from RJ McLeod for organising the visit.  You can read Jack McCruden’s report of the trip on the pupil pages by clicking here. 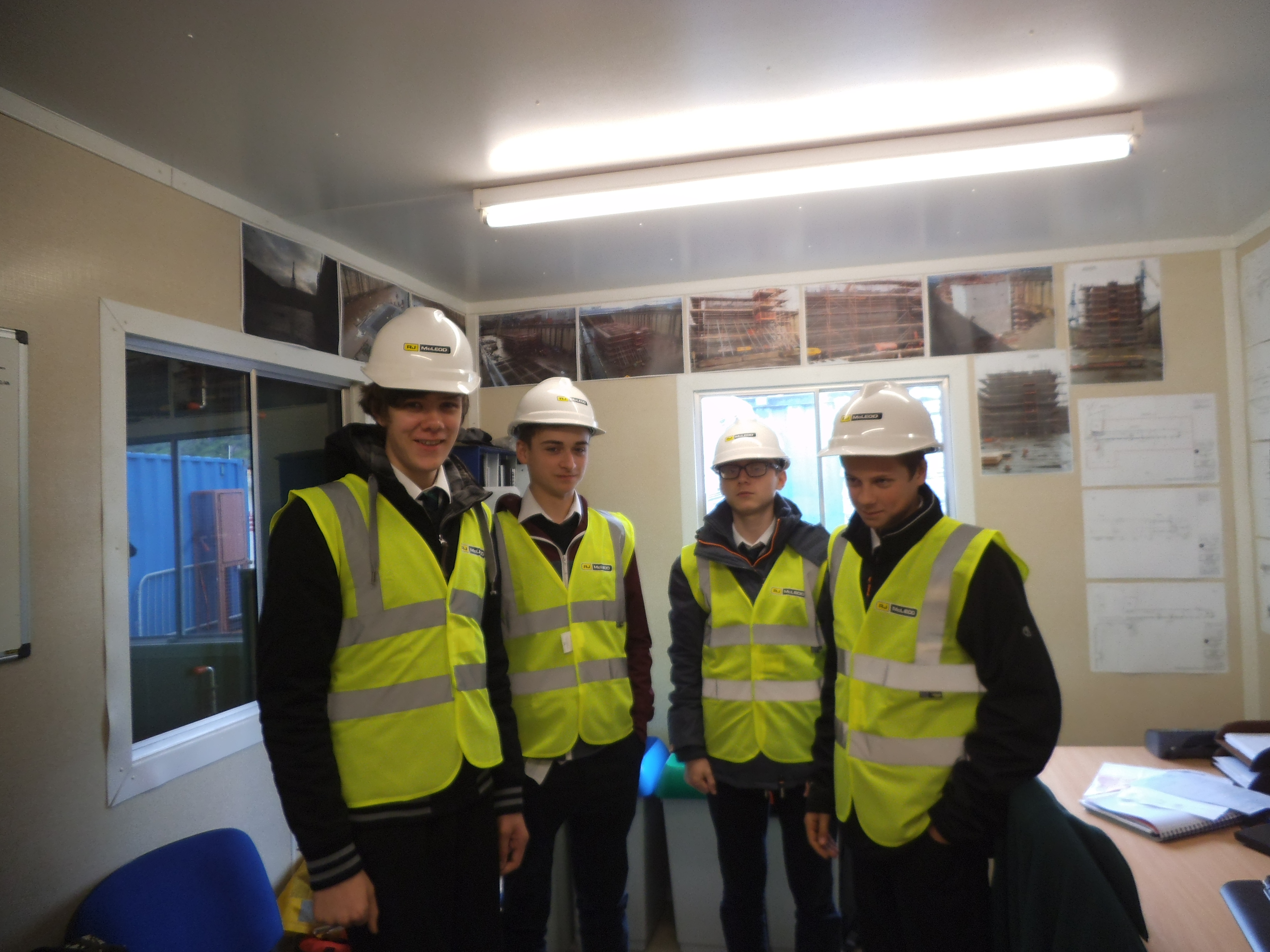 Ready Steady Cook – The new S3 Hospitality Group had a challenge on Friday 6th June. Each pupil had to bring in one ingredient of their choice, and then work in groups to incorporate their ingredient into a dish. The groups worked well together, taking on the roles of Head Chef, Sous Chef, Kitchen Manager and Kitchen Porter and the results were a very mixed bag of dishes! The panel decided Caitlin’s group as the winners with Ian’s group coming a close second and Jasmine’s group 3rd. Details and photos on the website! 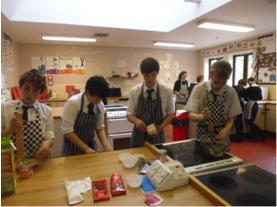 Lab in a Lorry – This interactive mobile science lab staffed by practising scientists and engineers visited the school and allowed our pupils to take part in experiments and discussion throughout the day. The project is a joint initiative between the Institute of Physics and the Schlumberger Foundation.

Comenius Evening – On Tuesday 17th June pupils involved in trips this year to Portugal, Poland and Greece gave presentations of their experiences. Afterwards parents, staff and guests joined pupils to sample foods from each country.

Sports Day – Staff and pupils had an enjoyable day on Thursday 19th June. Weather was perfect and everyone present participated in 5 events either for Championship points or House Points. The results will be posted in the next issue of the G&DT and on the website which also has lots of photos. 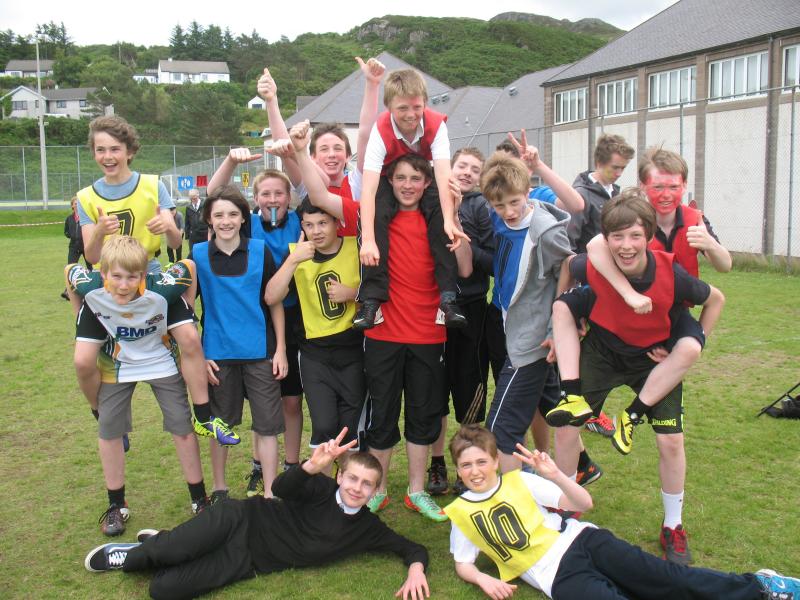 Click on the photo to see more images and video

Donald S. Murray, a famous author, recently led a workshop in creative writing for fluent speakers in S1 and S2. Pupils gained valuable advice on how to develop their short-story writing.

Entry to university or college 2015 – The UCAS website is the best place for parents and guardians to get the support they need – http://www.ucas.com/parents. There is information to guide you through the different stages of the application process. Parents may have many questions and the four top ones appear to be about the application process, UCAS deadlines, student finance and Clearing. All these are covered on www.ucas.com. Any potential applicant to HE courses in the UK should be thinking about: Which career? Which subject? Which course?

We will be visiting Glasgow University Open Day in early September, but the onus is on each pupil to visit other university and college open days and get a feel for each place.

We also encourage any pupil going into S5 in August to start doing research now to make themselves aware of their options.

Important Dates – Prizegiving takes place between 1.30 and 3.30pm on Tuesday 1st July in the school hall. Results in the next edition of School news. On Thursday 3rd July we will host our annual football competition. School will close at 1.30pm on Thursday 3rd July.