Community Flower Displays – The Rural Skills group have now planted up the 20 Community tubs around the village with a mixture of 12 annual plants. Last stop was Strath Square where Neil Brady kindly gave the boys a well-deserved cup of tea and biscuits. The plants were ordered on line before Easter and the boys have lovingly grown them on to a stage where they are large enough to take their chances. We will continue to feed the tubs and hope they are a success. 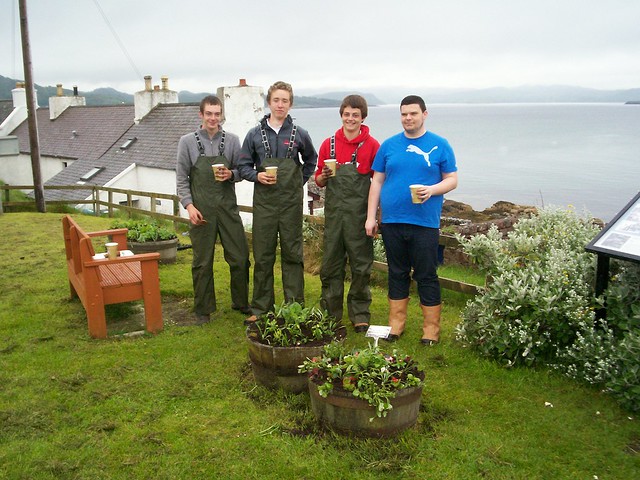 Comenius Trip to Greece – As half of our 2 year Comenius project draws to a close, pupils and staff headed off in May to sunny Greece.  Pupils involved were Leonie Baptist, Hannah Wood and Eilidh MacDonald.  Staff accompanying them were Ms. Hunter and Ms. Velt.  After a lovely day sightseeing in Athens, they travelled north to the seaport of Volos, where our fellow Comenius school is situated.  All the other countries’ pupils and staff were reunited – from Finland, Poland, Portugal, Latvia, Turkey and Spain.  The lovely weather was obviously a bonus, but the excursions and activities were all very interesting and informative.  They visited a mediaeval town overlooking Volos, as well as climbing high up into the mountains (by bus!) to visit the monasteries perched precariously at the top of the peaks.  Ancient Greek archaeology was explored in their visit to the local museum, where pupils were given the chance to make little replica Greek urns.  Our pupils were welcomed by amazing host families, and they were able to experience Greek home life, as well as the wonderful Greek food on offer.  On the way back to Scotland, they again spent the day and another night in Athens, visiting the famous Acropolis and Parthenon, as well as the new Acropolis Museum, designed to “float” over ancient archaeology discovered beneath the ground. A wonderful week was had by all; the next trip is in September to Turkey.

Comenius Evening – This takes place on Tuesday 17th June, in the multipurpose hall, at 7pm.  This is the community’s chance to see presentations from our visits to Portugal, Poland and Greece.  Refreshments, themed from these countries, will be available, as well as displays of our souvenirs from each of the countries.  We are also holding a raffle (for which donations would be most gratefully received!) as we have to do a lot of fundraising to ensure that as many children as possible can go on the trips next year.  Your attendance at the evening will be most welcome!

Gairloch v Plockton 2014 – As reported in last issue the second leg of the MacPherson Cup was held in Gairloch on Friday the 23rd of May.  Click here for the full report. 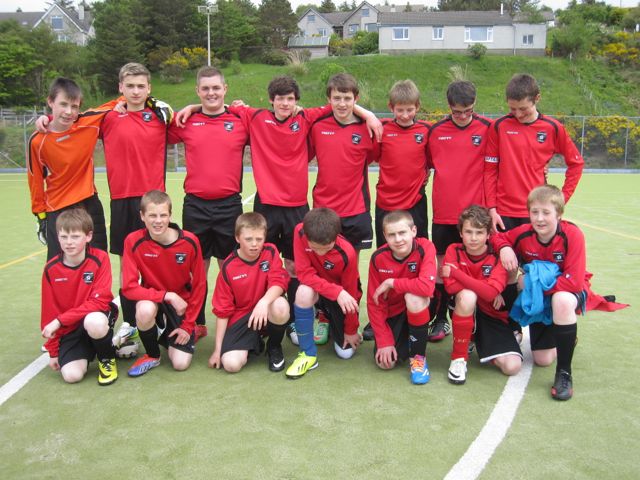 The football team is in need of a new set of strips. We hope to take part in the Highland Small Schools’ tournament as well as playing some friendlies next session. It may be that a local business would like to sponsor the team. This would enable us to purchase a new set of strips. Please contact the school if you can help us.

Staff Retirement – Our Active School Coordinator (ASC) Dr John Shearer has retired. Since taking over as ASC John has run the lunchtime inter-house activities, transported pupils to events and helped fund and organise some coaching courses.

John is also responsible for getting basketball started in the primary schools, which has led to some of our pupils having the opportunity to play at the highest level including National.

John has worked at the school on and off for many years as a Maths teacher, supply cover and even Home Economics!   When we lost our last HE teacher, he developed a Lifeskills course that included welding and eventually some cooking!

As ASC he has made a valuable contribution in supporting transition for the P7 pupils over the last few years. It goes beyond this though and last week’s ASG Sports Event on the field was indicative of his hard work. It was a great event blessed by lovely weather. Staff recognised John’s effort with a presentation and we all wish him well for the future.

Primary 7 visit – The Primary 7 pupils completed the second of their transition visits to the High School on the 6th June.  For two days they followed the timetable that they will become familiar with after the summer. Pupils were also presented with their Gairloch High School ties.